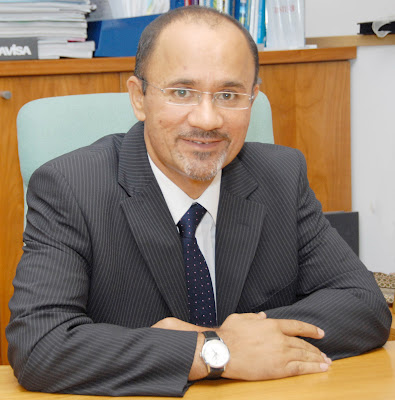 June 30, 2009
Sherwoods Independent Property Consultants has announced that it has noted a steady shift of property prices in Dubai towards more reasonable levels, as the real estate market enters a new phase that will serve as a springboard to recovery. Sherwoods further expects to see concrete signs of growth in terms of property prices and real estate investments starting in the fourth quarter of 2009, even as it predicts 2010 to be a year of stabilisation and new direction for the real estate industry.

Sherwoods attributed the impressive performance of the property market in the heat of the global economic downturn to Dubai's decision to enhance infrastructure development in the emirate. Sherwoods likewise credited key industry players for quickly adjusting to the dramatic changes in the market environment, while urging them to focus on the "positive attributes of the global recession."

Iseeb Rehman, Managing Director, Sherwoods Independent Property Consultants, said: "I would say that the prices have been corrected to reasonable levels, which has created more value offerings to buyers and investors. The positive signs we are seeing should result in more tangible proof of growth around the fourth quarter of 2009, during which property prices will further stabilise and we can also expect a marked increase in property investment."

"Furthermore, 2010 should be a year of stabilisation and direction as Dubai transitions into a more stable and robust market for property investments. I would like to point out that the prices available today are conducive for long-term investment and should make good profit in the long term. I would therefore not advise anyone to enter the market for short-term investments at this point of time," he added.

Sherwoods revealed that at the height of the economic downturn during the first half of 2009, Dubai's property sector has been able to stay in relatively good condition because of the significant reduction in the number of speculators in the market, a major positive development that has been remarkably attributed to the downturn. Sherwoods also pointed out that the recession gave Dubai an opportunity to consolidate its real estate regulations and legal framework, while delivering equilibrium in the demand and supply levels of the market.

"The property market has managed to use the positive attributes of the global recession to its advantage, which has resulted among others, in the decline of speculators in the market. It has also brought more clarity on regulations and helped better define the legal framework regarding real estate issues. Nonetheless, the past half year was indeed a challenging period, and one that has not been tackled by the market before. On the other hand, it has allowed us to expand our understanding of market dynamics, which will lead to better judgement in the future," said Rehman.

Puniet Singh, Chief Executive Officer - India Operations, Sherwoods Independent Property Consultants, said: "Dubai’s focus on continuous investment in infrastructure is its main strength in dealing with the economic slowdown. The icing on the cake is the mobilisation of the Dubai Metro and opening up of the Burj (Downtown), which should attract the world's attention again towards Dubai."

Sherwoods also described as "extremely positive" the initiatives undertaken by RERA to protect Dubai's property market, although it noted that there is still a lot of work waiting ahead. Sherwoods disclosed that RERA will have a critical role in boosting the confidence of consumers and investors, who now have high expectations in the next few months as they look forward to reenergised lending and financing facilities, stabilised market prices, and better performance by developers particularly in terms of prompt delivery of projects.

"I think the effort put in by RERA has been extremely positive, but the challenge is to continue to carve out and enhance the regulatory framework and to ensure adherence of the same from all segments of the industry. Also, I think they now have to focus on sending positive signals into the market and make sure that the interest of every segment of the real estate industry is taken care off," Rehman added.

"I also strongly believe that brokers and developers must fulfil their basic responsibilities as they also play a crucial part in the process of market rehabilitation. Brokers must make sure to conduct due diligence on all real estate projects before they market any property. The developers, on the other hand, have a massive social responsibility of delivering what their investors have purchased and to safeguard their investments," concluded Rehman.

Founded in 1988 in the UK by Iseeb Rehman, Sherwoods has grown to become one of the leading international real estate companies. Sherwoods has established several international branch offices in the UAE, UK, France, and soon in other key locations around the world. The company offers a diverse range of services, including search & acquisition of properties; development consultancy, land appraisals and valuation; sales & lettings of residential/commercial property; new home sales; residential & commercial property management services; legal, tax and insurance services; and mortgage & remortgage.
Posted by Imre Solt at 4:04 PM