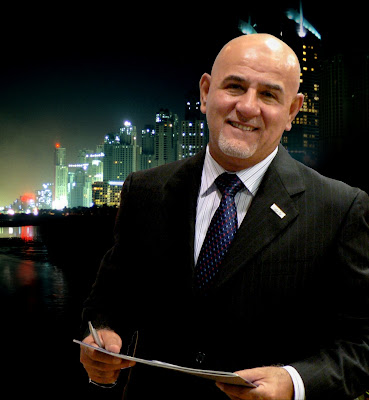 Get back to basics,’ Dubai urged

With the global economy going through one of the most challenging periods of economic stress in generations, Dubai’s future domestic economy must focus heavily on continuing to attract expatriates and foreign companies, says a leading property developer.

“I believe we will soon see the bottom of the current crisis but if we are to avoid a recovery like the boom and bust cycle of the recent past, Dubai must return to the basics which first put it on the map,” said Mohammed Nimer, CEO of mid-market development company MAG Group Properties.

“Dubai was hugely successful before the real estate bubble,” said the boss of a company with AED3 billion worth of construction projects in the United Arab Emirates. “As the Arabian Gulf’s most globalised economy, Dubai’s existence has been driven by its power to attract foreign direct investment and the resources necessary to make it work.

“Dubai, a once small pearling village with limited natural resources, led the region in declaring a tax-free, business-friendly environment, attracting outside investment and a large highly skilled expatriate population.

“The basic pluses for Dubai that brought them here have not disappeared in the financial and real estate crisis. Dubai’s geographical position will never change and it remains the primary hub connecting Asia to Europe. It also connects Asia to Eastern, Western and Southern Africa, as well as becoming a gateway from Asia Pacific to South America.

“What this emphasises is that Dubai’s dependency on the outside world cannot be ignored. The future domestic economy must focus heavily on expatriates and foreign companies and its business relationships with the rest of the world. Now, however, there must be greater transparency, tougher regulations to protect investors and a basic safety net on provisions for the expatriate community upon which the economy is dependent.

“We need to ensure that the UAE remains a safe and secure community and that its tax-free and business-friendly environment is strengthened. Population and employment are basic fundamentals which underpin the UAE economy and reforms which ensure growth are essential to maintain them.

“Solid fundamentals like these which lead to a sustainable recovery and affordable – not speculative - housing whether owner-occupied or rented, lie at the heart of the solution.”

In the shorter term, Nimer said there is still a large supply of new residential and commercial property to be absorbed by the Dubai market. Lower rents and values would ensure that the supply is taken up and “only then will the Dubai property market be stable,” he added.

In total MAG has a property portfolio in excess of AED3 billion and was one of the first developers to create Escrow accounts for all of its projects, long before the Dubai Government introduced Law number 8. In October last year, MAG Property Development was awarded ISO 9001 certification by risk management company Det Norske Veritas (DNV). MAG still remains one of the few developers in the region to be accredited to that standard.
Posted by Imre Solt at 8:24 PM