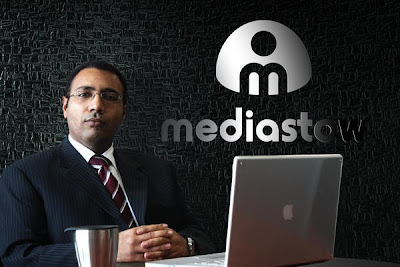 Signs of recovery were reflected in positive share of voice for real estate developers, with projects getting back on track

The Mediastow Q3 report on the real estate industry has revealed that negative coverage of the property sector has decreased considerably in the third quarter, compared to the same period last year.

The report, the fifth in the series, analyzed the media coverage of the UAE real estate sector, with a focus on Al Qudra Real Estate, Aldar, Emaar, Sorouh, Dubai Properties, Nakheel, Sama Dubai and Damac.

The 34-page report assessed the success of the PR campaigns of the eight real estate developers, as well as threw light on how their media coverage fluctuated and how it compared with each other.

The head of Mediastow, Mohamed Elzubeir, said: “As for coverage, Damac and Emaar had their amount of coverage peaks in July 2009, while Al Qudra Real Estate, Sama Dubai and Sorouh had their peak in August 2009. Finally, the coverage of Aldar Properties, Dubai Properties and Nakheel peaked in September.”

Emaar, followed by Sorouh and Aldar, figured in the top 3 in terms of newspaper coverage size, measured in column centimeters (cc), in July and August 2009. September saw Nakheel in the lead, followed by Emaar and Aldar.

A total of 3,962 articles from 168 publications were monitored between July and September 2009 for the report. Also, stocks movements of Emaar, Aldar Properties and Sorouh were evaluated and correlated with media coverage.

A comparison of the facets of coverage, penetrations and content analysis are featured in this report. The report also contains the real estate sector highlights to put the performance in perspective of the current market issues.

In summary, the three property developers, Emaar, Aldar Properties and Sorouh, experienced an upward trend in the third Quarter of 2009. Aldar enjoyed a decent gap in terms of share prices throughout the quarter and inched further towards the latter middle part of September 2009.

Elzubeir added: "The overall volume of coverage has dropped compared to the golden era of the early 2008, but strong signs of recovery are evident. Negative coverage is now confined to the tumbling stocks, and positive coverage is increasing with projects getting back on track.”

Established in 2005, Mediastow was the first Middle East-based company to join AMEC and the first to win an AMEC Award. Mediastow continues to maintain the same high level of excellence and innovation that keeps its clients ahead of the game.
Posted by Imre Solt at 9:54 PM