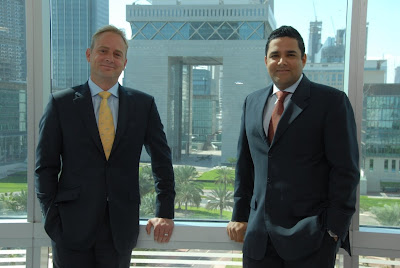 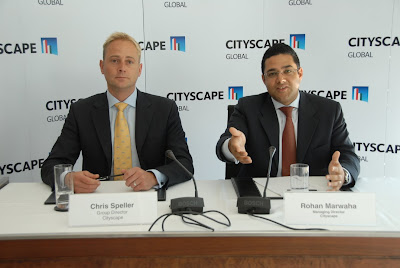 Cityscape management announced today (Monday 8 February 2010) that Cityscape Dubai has been renamed as Cityscape Global, acknowledging how the event has already evolved into a significant international platform for the real estate industry.

“Cityscape Dubai has not only grown significantly over the last eight years, it has evolved into the most significant real estate platform in the world,” said Rohan Marwaha, Managing Director Cityscape. “Cityscape Global is based on more than eight years of building business, trusted partnerships with global associations, bodies and real estate partners. Our global portfolio of products and services that make up the Cityscape brand all stem from the original Cityscape event held in Dubai.”

It is interesting to note that out of the entire portfolio of Cityscape events, Cityscape Dubai has a substantially larger proportion of international participants than any other Cityscape event.

“In 2009 over 25% of registered participants came from outside of the UAE, which translates into almost 10,000 participants flying in from 115 different countries. We hope to reach a 50-50 distribution over the next 2 years (50% from the GCC and 50% international),” said Marwaha.

The announcement was timed to coincide with the first green shoots of global economic recovery, with the real estate industry having survived the most drastic economic upheaval the world has ever seen.

“It is only natural that Dubai continues to host Cityscape Global, it is a world renowned business destination, with the infrastructure, accessibility, hotels, transport, and facilities. Equally important, is the fact that Dubai is a gateway to more than one third of the world’s population, and an access point to many of the fastest growing real estate markets in the world,” said Marwaha.

Europe and the US have their own major real estate industry events that predominantly attract professionals from those markets. Over the last 5 years no event other than Cityscape Dubai has provided access to the Asia Pacific and MENA markets to such a significant degree and scale. Cityscape Global is simply an acknowledgement of this fact. It is a platform which showcases real estate opportunities and provides access to investors from all over the world” said Marwaha.

One only need look back to previous exhibitors at Cityscape Dubai to recognise the importance of changing our name. City development authorities, government agencies and inward investment bodies from all over the world continue to be part of the event – Urban Redevelopment Authority (Singapore), Iskander Region (Malaysia), Krasnodar Krai (Russia), City of Hamburg, La Defense (Paris), Region Lazio, City of Rome, Government of Ontario, are just a few names to consider.

2010 will be the ninth year that a Cityscape event will have been held in Dubai and Cityscape Global, which takes place at the Dubai World Trade Centre on 4-7 October

“It is worth remembering that quite apart from Cityscape Global we have grown the Cityscape brand from Sao Paulo and New York to Singapore and China. In addition we managed to successfully launch Cityscape Saudi Arabia last year,” added Marwaha.

The run-up to Cityscape Global will also get a facelift, with the newly introduced business initiatives, such as Cityscape Connect, CEO Breakfasts and City Leaders Forum (CLF) (an invitation-only event, bringing together industry leaders from around the world to discuss issues ranging from policy and planning, to sustainability and urban development), outlining the new direction that Cityscape Global will take.

“During Cityscape Global, six conferences will run simultaneously, where delegates will be able to access any sessions across any of the conferences for a single price,” said Marwaha.

For more information about Cityscape Global, log on to www.cityscape.ae

Cityscape, is the largest business-to-business real estate investment and development brand in the world, encompassing a series of major exhibitions and conferences that take place in Dubai and Abu Dhabi; Asia; Saudi Arabia; USA; Latin America; India and Russia.
Posted by Imre Solt at 1:21 PM