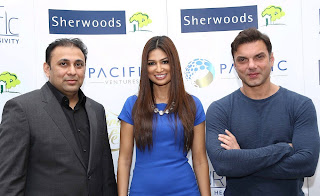 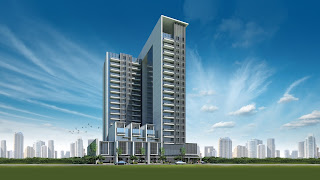 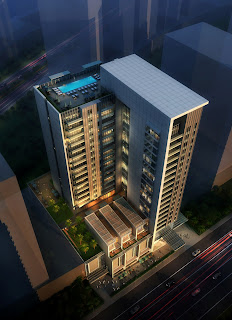 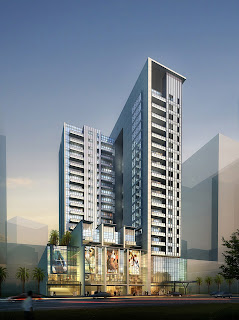 Just over half of the 140 apartments in the development, have now been sold, ahead of the general sales release today (Monday 16 September). Sales were steady over the weekend with up to 500 investors over the two-day showcase.

“It is a quality development located in a sought after location. With prices starting at just over one million Dirhams for a one-bedroom apartment, Burj Pacific represents excellent value for money,” added Rehman.

In terms of investor profile according to Rehman, it was a cross-section of local and overseas buyers, including Asians, Arabs and Europeans. Rehman also estimated that 70% of the visitors were investors looking for buy-to-let opportunities with the remaining 30% being end users.

According to Rehman, the payment plan was also key. “The initial booking deposit is 15%, plus an additional 35% during the two-year construction period with 50% balance due upon completion in the second quarter 2016,” he said.

Indian celebrity Sohail Khan, the popular Bollywood actor and TV personality, gave the Sherwoods’ sales team a pleasant surprise, when he confirmed the purchase of several apartments, on a single floor.

“This is a family investment,” he said. “These apartments will make ideal homes when we all travel to Dubai,” he added.

The eight floors that make up the ‘Signature Residences’ feature fully-furnished, exclusive contemporary interiors by Tony Ashai. The California-based award-winning architect is no stranger to the UAE, having worked on innovative projects such as Dubai Lifestyle City, Shah Rukh Khan Boulevard in Ras Al Khamiah and the Santori Resorts.

“The theme of this project is ‘Celebrate Life’ and judging by the response from investors, that is exactly what they intend to do at Burj Pacific.” said Parvez Khan, Chairman of Pacific Ventures the developer of Burj Pacific.

Another celebrity, Dubai-based TV personality, entrepreneur and fashion icon Uma Ghosh Deshpande, was also at the pre-launch as the official brand ambassador for the Burj Pacific.

“This development is genuine quality from the design, to the materials, to the finishing. I am happy to associate my name with the Burj Pacific,” she said.

The Burj Pacific was designed by architects H-AO which was founded by Manoj H. Rathod, who is working experience in Dubai encompasses a number of outstanding projects including the Marriott Marquis and the Grosvenor House hotel Dubai.

“To acquire an endorsement from such a high profile personality as Uma is praise indeed. It also highlights her confidence in the quality of this project, given the track record of Pacific Ventures and the combined talents of Manoj H. Rathod and Tony Ashai,” added Khan.

Photo caption 1: Burj Pacific, the latest high-end development in the Downtown Dubai area which is due for completion in 2016.

Originally founded in the United Kingdom in 1988, Sherwoods have been established for nearly 25 years. As the market has grown and become more demanding, we have expanded our range of services in response. Through our extensive International network of associates, Sherwoods can ensure you are offered the best value and quality property investments. We have established lasting partnerships with some of the World's most respected property developers.