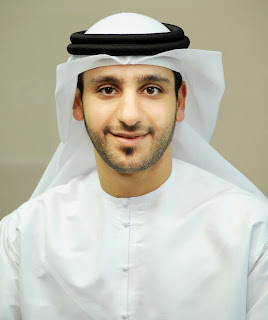 Roads and Transport Authority (RTA) announced its plan to operate a new metro station under the name (Energy) on the red line of Dubai Metro which will start from Jebel Ali and ends in Al Rashidiya area, the station will use Dubal and the surrounding areas.
Mr. Mohammed Yousef Al Mudharreb, director of Rail Operation at RTA’s Rail Agency said: Energy Station located on the red line will start on the 30th of the current month of September with the expected number of passengers benefiting from using the station will be more than 2500 on a daily basis, and the prospects of acquiring additional income for the Authority by renting retail stores, ATM locations, and by selling rights of the station’s name, as well as the opening of the station will contribute to the improvement of services provided to the customers.

He added: A plan has been set which guarantees the provision of bus services from and to the Station and its surrounding areas, which will contribute in encouraging the public to use the Station according to their needs and demands and urge them to use mass transportation, stressing that the stations that have been established for the Dubai Metro service were designed in accordance with the highest international standards in line with the project, which is considered one of the most distinctive marks in Dubai's civilized march on its land, and the Metro, since its inception on 9/9/2009, proved its status for the Emirate’s residents and visitors as an effective means of mass transit system, which Dubai allocates greatest attention to be on the high level of quality, as well as the Metro stations have granted companies the opportunity to market and interact with dealers.

Al Mathrab said: The operating of the Energy Station will be a new addition for the Metro project that will cover the needs of the public in Dubal and the surrounding areas,
He added: There are changes that will take place in terms of the Dubai Metro’s schedule to cope with the expected increase in the number of passengers in the coming period of time, the schedule of the red line will be changed where the peak hour will start at 6:30am instead of 7:00 am during the days of the week. In the addition the tabulator headway times will be adjusted on Saturdays in the peak morning and evening hours to 6 minutes, while on Fridays, the tabulator headway times will be adjusted to 6 minutes from 5:00pm to 10:00pm.