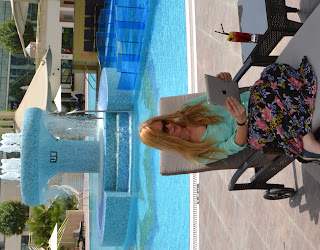 After installing Wi-Fi internet access throughout the hotel, the management team at the Millennium Airport Hotel Dubai is now extending free Wi-Fi anywhere on the hotel premises, to business travellers, as a part of its latest Triple B promotion.
The Triple B promotion, ‘Bed, Breakfast and Broadband’ offer comes after hotel management noticed a steady rise in the number of guests requesting free Wi-Fi which mirrored a survey earlier this year by online booking portal hotel.com, a leading provider of hotel accommodation worldwide.

That survey which took in the views of 8,600 travellers across 28 different countries found that 67% of respondents chose free Wi-Fi as the facility they most wanted to become standard throughout all hotels, when travelling on business. That figure was more than twice the 31% recorded during an amenities survey carried out by hotel.com in 2012.
“That statistic resonated with us. Moreover in 2012 only 38% of travellers considered free Wi-Fi an absolute must when booking a hotel, but this year that figure was up by 18% to 56%, so the trend to us is very clear. Even 34% of those surveyed said free Wi-Fi was the number one factor when selecting a leisure break,” said Simon Moore, General Manager, Millennium Airport Hotel Dubai.

By the end of 2014 there will be approximately 1.4 billion smart phones in circulation globally, that is one smart phone for every five people, and one in ten people will own a tablet by 2016 according to market research firm Strategy Analytics.
“These devices are becoming ever more portable and incredibly sophisticated and travellers want to stay connected to colleagues, family and friends, wherever they are, especially if they’re on business,” said Moore.
With Wi-Fi becoming more of an issue with business and indeed leisure travellers, the hotel’s full wireless connectivity, spans across 341 rooms, 8 food and beverage outlets, the swimming pool area and includes the hotel’s new wing which is adding 225 to the hotels overall inventory.

For more information about The Millennium Airport Hotel Dubai, please log onto www.millenniumhotels.com

Photo caption: The hotel’s full wireless connectivity spans across 341 rooms, 8 food and beverage outlets, the swimming pool area and includes the hotel’s new wing which is adding 225 to the hotels overall inventory.