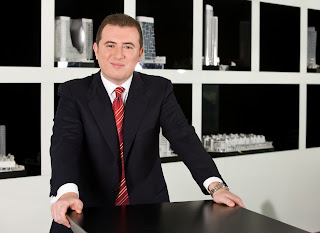 Mahdi Amjad: “With 2.9 million Ft2 completed projects and over 7.3 million Ft2 projects planned or under construction, Omniyat is one of the largest developers in the Burj District”

Dubai, UAE, 14 September 2013: Omniyat, a leading developer in the Middle East, is bringing on two international, premium hotel brands to Dubai before the year ends. Moreover, the company is launching three mega service apartments projects in the Emirate during the same period.

This announcement was made at the sidelines of announcing the company’s key participation at Cityscape Global, the Middle East's largest and most influential international real estate event taking place from 8-10 October 2013 at the Dubai World Trade Centre.

Talking about Omniyat’s investment into hospitality, Mahdi Amjad, Omniyat's Executive Chairman and CEO said: “the UAE’s economic growth has increased confidence in the hospitality sector, and Dubai’s government initiative to attract 20 million tourists by 2020 and its increasing investment in tourist attractions with the increasing occupancy of current hotels have motivated the company to further invest into hospitality.”

Amjad added: “Our participation at Cityscape Global this year will bring a number of firsts for Omniyat and Dubai. We take pride on bringing two international premium hotel brands to the region as well as launching three mega service apartments projects. As a dynamic real estate company, we felt the need to invest in the rapidly growing hospitality sector in Dubai. We think that these two premium hotel brands will bring added value to the hospitality and more significantly real estate industries in Dubai.”

With a portfolio of 15 plots in the Burj district, 2.9 million Ft2 of completed projects, and over 7.3 million Ft2 projects planned or under construction, Omniyat is one of the largest developers in the Burj District.

Omniyat’s new hotels to be showcased in the three days of the show are based in Burj Khalifa District .

Amjad said that this world class district is the right location for new projects and is in keeping with the growing demand of business travelers, it boasts a robust infrastructure and is increasingly becoming the centre of business activity in Dubai.

Amjad added: “We work with partners who resonate Omniyat’s core values of individuality, style, sophistication and innovation and most importantly high ROIs for our investors and customers. We are gearing up for the growing demand and expanding in the region as well as hiring and growing the team.”

Omniyat’s approach is to engage with leading partners, including hotel operators, anchor tenants, retailers, franchises, architects and contractors to maximize the value and desirability of its real estate offerings.