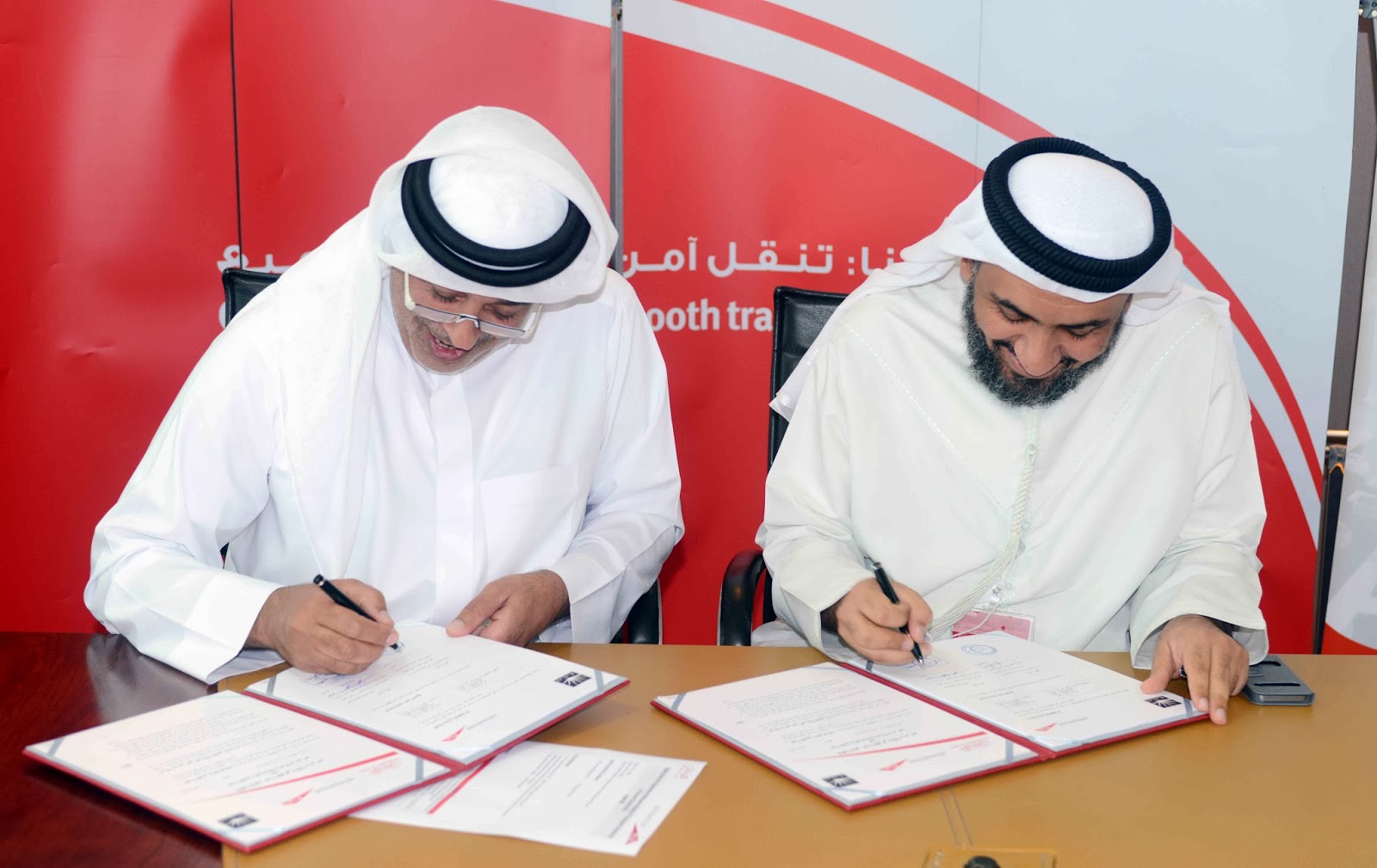 RTA inks MoU with Emaar Properties
The memorandum focuses on operating marine transit modes in Dubai Marina
Roads & Transport Authority – Nashwan Attaa’ee:
The Marine Transit means constitute a key ingredient of mass transit means network in Dubai Emirate; billed as a reputable cosmopolitan destination for tourists and visitors hailing from all over the globe, and these modes are being used by residents of the Emirate in particular and populace of the UAE in general.
The Public Transport Agency, Roads and Transport Authority (RTA) is keen on materializing the strategic goals of the RTA which are pivotal for the improvement of its business & services rendered to all spectrums of the community in keeping with the ongoing developments in the UAE at all sectors and levels. Among the effective strategies adopted by the RTA to realize this key objective is to forge joint agreements with entities representing various activities in the business sector.
In this context the Public Transport Agency has recently signed a Memorandum of Understanding (MoU) with Emaar Properties providing for operating marine transit modes in the Dubai Marina during the initial stage. The MoU also provides for bolstering the 3rd Strategic Goal of Customers First through heeding to their requests and attending to raising their satisfaction with the mass transit services in the Emirate, the 4th Strategic Goal; which calls for encouraging the use of public transport through encouraging more passengers to use it, and the 6th Strategic Goal which calls for realizing financial sustainability through augmenting revenues.
The MoU was signed on behalf of the Public Transport Agency by Dr. Yousef Al Ali, CEO of RTA Public Transport Agency, and on behalf Emaar Properties by Ahmed Al Matroushi, Managing Director of Emaar Properties. The MoU was signed at the Head Office of Public Transport Agency in Dubai and was attended by Directors and Managers at both sides.
Al Ali welcomed the delegation of Emaar Properties, and considered the signing of this MoU as an important step towards initiating bilateral relations through which the joint cooperation and serious works can be activated, besides leveraging the strategic partnership that can play a vital role in improving mass transit services particularly marine transit means where the RTA runs a marine transit station at the Dubai Marina which has a high tourist profile in the Emirate.
“We are excited to work side by side with Emaar Properties and contribute to the tourist activities in general and the tourist marine transport in particular, especially as the Public Transport Agency provides advance tourist transit services such as the Dubai Ferry, Water Bus and the Water Taxi,” said Al Ali.
The CEO of RTA Public Transport Agency praised Emaar Properties and its leading role in developing a whole host of vital property projects in the UAE and the world over. He also commended the great efforts of the company in promoting RTA’s marine transit services amongst residents, visitors and tourists of its tourist projects with a view to playing a critical role in improving public transport in the Emirate to make it the optimal option for daily mobility, besides benefiting from the plentiful advantages and superb services provided by these modes to the public in a bid to offer safe and smooth transport for all.
“Based on the current and future drive of the Dubai Emirate to step up the interaction between the public and private sectors, the RTA embarked on opening communication channels and holding meetings with developers from the private sector. In this context the Public Transport Agency invited Emaar Properties to sign this MoU as an initial step down the path of joint efforts,” said Al Ali.
For his part Ahmed Al Matrooshi, Managing Director of Emaar Properties, expressed his delight for signing this MoU with the RTA, considering it one of the important initiatives of the Company towards opening new cooperation channels with a prime entity in the UAE which plays a prime role in public transport & related services provided to the public. At the same time he expressed readiness of the company to cooperate with the Public Transport Agency in boosting tourist marine transport.
“This MoU is a vital step in cementing joint cooperation between the two parties in the interest of the tourist and service sectors in the Emirate of Dubai as it lays groundwork for launching joint initiatives targeting not only visitors and tourists but also the UAE population visiting tourist areas,” said Al Matroushi in a concluding remark.
Posted by Imre Solt at 4:44 PM