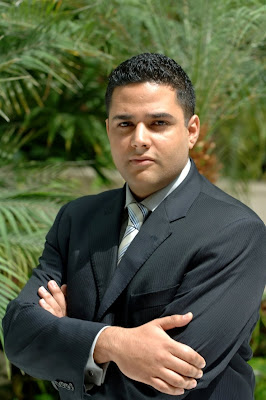 Participation of key master developers underscores strategy to boost market confidence “.time to learn from the challenges…and to focus on the opportunities and threats that lie ahead,” says Cityscape


Master developers such as Emaar, Dubai Properties Group, Nakheel and Abu Dhabi’s Aldar are just some of the big brands participating in Cityscape Dubai, as a part of their collective strategies to augment investor confidence.

Meraas, a real estate investment company with operations and assets in the United Arab Emirates and abroad, continues to support Cityscape Dubai, which takes place from Monday 5 October to Thursday 8 October 2009. By using Cityscape as a platform, Meraas is also demonstrating its confidence in the real estate sector in Dubai.

“We have been emphasising for some time now that the objectives for many developers exhibiting at Cityscape Dubai is to reassure existing and potential investors,” said Rohan Marwaha, Managing Director, Cityscape.

“Clearly, no-one is expecting to see multi-billion dollar project launches or major finance deals being brokered. Instead they will be focusing on transparent progress reports on existing projects with realistic completion milestones and handover dates.

The announcement came as Cityscape organisers confirmed that, based on figures as of today (28 September 2009) this year’s exhibition floor space will only be approximately 30% smaller than in 2008. In addition the latest forecast predicts attendance figures will be down by 20%, a remarkable achievement given the exceptional market conditions which have left no region unaffected.

“The backbone of the Cityscape brand is its ability to reach local, regional and international investors,” said Marwaha. “Exhibitors and participants will continue to have access to private and institutional investors as well as other real estate professionals from around the world, which is critical if developers are to get their message across effectively to their target audience.

While the quantity of participants may have declined from previous peaks, the quality is being maintained with strong participation by major players in regional and international markets.”

Cityscape Dubai’s foundation sponsors this year are Dubai Properties Group, a member of Dubai Holding, and a pioneering community developer offering services in real estate, retail, and hospitality and lifestyle management; Emaar, the Dubai Financial Market listed global property developer and provider of premier lifestyles; and Nakheel, developer of the iconic Palm Jumeirah and The World.

Tanmiyat, a Saudi Arabian investment company and real estate developer in the Middle East, is the platinum sponsor and the Aqaba Development Corporation from Jordan, a private sector company aimed at accelerating the development of the Aqaba Special Economic Zone, is the silver sponsor.

“We have undertaken a number of initiatives to attract industry professionals to this year’s show,” Marwaha added. “Face-to-face networking, lively discussions and access to unbiased current information will be provided at a series of Cityscape Dubai special events. Each will bring together real estate experts to discuss topical as well as some controversial issues.”

The special events include: Investor Round Tables, the latest addition offering an exclusive opportunity for leading figures in real estate to discuss key issues; a City Leaders Forum will provide a platform connecting major global destinations; a CEO networking lunch will provide an intimate and exclusive opportunity. There are also the Cityscape Awards, the prestigious architectural awards under the theme Design for an Emerging World.

“The objective of these and other initiatives is to support the industry by providing a realistic and transparent view of what is happening throughout regional real estate,” Marwaha said. “As we see it, now is the time to learn from the challenges of the past 12 months and to focus on the opportunities and threats that lie ahead.”


About Cityscape
Cityscape, organised by IIR Middle East which is part of Informa plc, encompasses a series of exhibitions and conferences that take place in Dubai and Abu Dhabi; Asia; Saudi Arabia; USA; Latin America; and India. For more information on Cityscape Dubai please visit www.cityscape.ae
Posted by Imre Solt at 6:38 PM