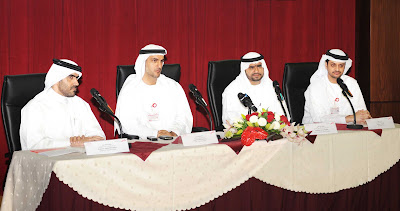 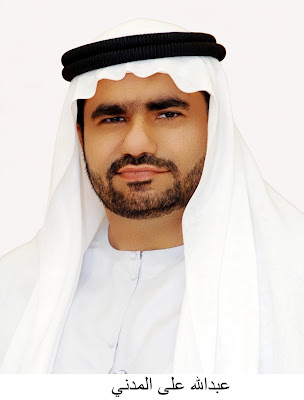 Roads and Transport Authority (RTA) launched a virtual transport portal of Dubai Metro; a new strategic initiative intended to bolster RTA efforts to expand and widen public transport network, and apply modern technology to achieve multi modal integration of public transport modes spanning Dubai Metro, public buses and other water-borne transport means. An announcement to this effect was made in a press conference held yesterday in the presence of Abdullah Al Madani, CEO of RTA Corporate Technical Support Services Sector, in addition to several RTA directors & managers, and a large gathering of media representatives in the UAE.
Al Madani elaborated on the website saying: “The underlying objective of launching this virtual transport website is to access a large segment of the public, enlighten them about the integrated benefits of Dubai Metro; which is the best, safest and most comfortable public transport mode, and encourage them to use the metro instead of their private vehicles. The website will also provide information to the public about the metro as well as other transport modes of the RTA. In a broad sense it could be viewed as an educative electronic tool about Dubai Metro; which was successfully launched on September 9th, and an effective tool for enhancing the profile of the RTA across the community as a provider of integrated public transport systems.
He continued: “The virtual transport portal comprises several means & tools which include the Virtual Metro; a 3-D simulator replicating a multi-user virtual transport environment where every user can explore four types of metro stations with distinctive designs echoing the four elements of nature: Fire, Water, Air & Earth. Through this website, the user can have a rich experience of these stations, get acquainted with the natural environment of stations in a proactive manner through exploring a semi-virtual reality version of trains, and commute across a colorful range of stations; serving as cross points to various destinations in the emirate.
“The website includes a tool that provides a graphic representation of all features of Dubai Metro, as well as the integrated public transport systems, to serve all segments of metro users” he commented.
“To provide fun in surfing the virtual transport portal and enhance users’ interaction with the website tools, Al Madani said: “The website includes games and quizzes revolving around the concept of virtual transportation in order to have the visitor stay tuned. Brain teaser riddles & trivia will surely challenge your knowledge about the metro, and at the same time provide a creative learning environment. These quizzes have been crafted to match with the mental abilities and knowledge of kids, youth and adults, and we are confident that such experience is capable of attracting you to come back to participate and learn even more”.
In a concluding remark the CEO of Corporate Technical Support Services Sector invited all sectors of the community to benefit from the features of virtual transport website by accessing the information and utilizing the effective features & tools in place. Such experience will prove useful to all public transport users in general and Dubai Metro users in particular through advancing their knowledge about all public transport modes and enriching RTA experience in this regard. This will ultimately enhance the image of Dubai in all sectors and bolster the concerted efforts to build the future of the emirate.

The website could be checked through the following link:
http://www.rta.ae/virtualtransport
Posted by Imre Solt at 8:58 AM