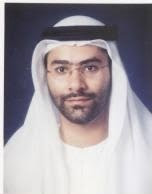 
Dubai – United Arab Emirates: Marine Agency at Roads & Transport Authority (RTA) has completed the electronic fare collection system project of the Water Bus, plus e-gates for special needs persons, at a cost of 11 million dirham.
According to Hussain Al Saffar, Director of Operation & Maintenance Dep’t at RTA Marine Agency, the project was started in July 2007 and covered the provision of electronic fare collection system at 8 stations of the Water Bus; namely: Seef Station, Bani Yas Station, Sabkha Station, Deira Souk Station, Dubai Old Souk Station, Bur Dubai Station, Shindagha Station (Heritage Village), and Creek Park Station.
Al Saffar explained: “The automated fare collection service has started with the launch of Dubai Metro on 090909 and the system is operated through two specialized systems; the first one is installed all over the eight stations and operated by customer service employees for issuing Nol Silver Cards and Nol Red Tickets only. Later on, users will be able to buy and use Nol Blue Card following submitting of applications in person to Customer Service employees at the 8 water bus stations.
He continued: “The second system is an e-gate fitted with mechanical rods and interfaced with the Nol Card Reader. The design enables the use of special needs persons, allows for the passage of luggage, and the e-rod can be dismantled in emergency cases to ensure free passage of water bus users. The fare is automatically deducted once the user passes through the gates at these eight water bus stations. All Nol Silver, Blue and Gold Cards are sold at these eight stations, but Nol Red Tickets are obtainable from the Customer Service offices at the water bus stations.
“Nol Cards automated fare collection system is a turning point for the public who will be able to use other integrated public transport modes i.e. the metro and public buses. Through this unified card, passengers can travel smoothly using this card in all public transport modes as well as paid parking zones; which in turn will enhance the use of the water bus and other mass transit modes” added Al Saffar.
The Director of Operation & Maintenance Dep’t at RTA Marine Agency finally remarked: “The automated fare collection system of the water bus will work side by side with the old fare system till the quantity on offer at the water bus stations is sold out”.
Posted by Imre Solt at 3:44 PM