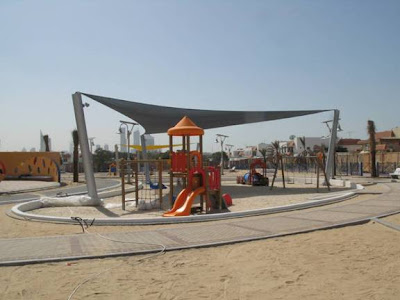 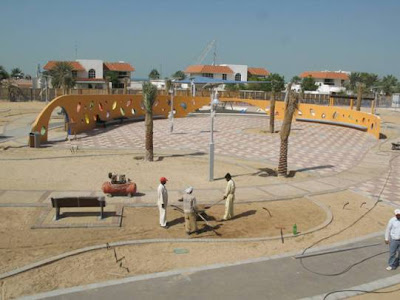 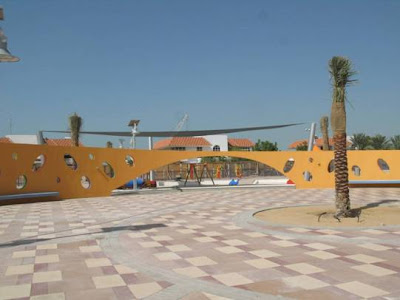 Dubai Municipality General Project Department has completed the first neighbourhood park to use Solar-powered lighting system. The park, built on an area of 1.55 hectares at a cost of about Dhs7 million in Al Sufouh, will be the first park to be opened using this technology.

This was stated by Eng. Hussein Nasser Lootah, Director General of Dubai Municipality, who added that the General Project Department has set the designs and elements of the park according to a study conducted on the requirements of the residents of the region.

"The Department aimed to create an inspiring green environment that enriches the imagination and creativity that goes in harmony with the urban boom witnessed by the Emirate of Dubai. It is not only the face of urban development that embodied in gardening and beautification of the city, but there is another side reflected in the constant search and effective application of all that in harmony with environmental resources and alternative energy that will make Dubai Emirate lead those of the global cities that enter the third millennium with their green adornment to harmonise as a oasis green and take its existing place among the cities as a leader and a friend of the environment on the shores of the Arabian Gulf," he said.
He stated that the park has been designed with quality standards in addition to taking into account the safety factor as well as the people with special needs in terms of selection of games appropriate and with ease of movement.

"Special lighting elements were used which took into account the exploitation of solar energy for lighting the park overnight in order to take advantage of alternative energy and become environmentally friendly as part of a comprehensive vision of Dubai Municipality, which has started implementing methods to reduce consumption of electric power through the exploitation of natural resources available in the United Arab Emirates while maintaining the night view of the park to look like a milestone in the region," said Lootah.
He explained that the park was enriched with plant components of different seasonal flowers, trees and green spaces, trees. There are two games areas intended for different age groups of children.

"The 500 metre jogging track can be used by the residents anytime as it is located on the outside perimeter of the park. The project also include Entrance Blocks an administration office, a guard room, toilets for men and women as well as for people with special needs, a cafeteria and other amenities," he said.
Lootah said the Municipality is seeking under a plan to achieve its strategic goals in the establishment of public parks in accordance with the best practices and standards and as per the population growth and achieve the aspirations of the residents of the Emirate of Dubai.

"The Sufouh Park is classified in the group of theme parks built in the Emirate of Dubai, which provides recreational and entertainment services for residents of the region with green spaces and facilities," he said.
It should be noted that the Strategic Plan of Dubai Municipality aims to raise the per capita green area to 23.4 square meters by the end of 2011 and raise the proportion of cultivated land in urban public areas in Dubai to 3.15% by the end of the same period.
Posted by Imre Solt at 5:01 PM