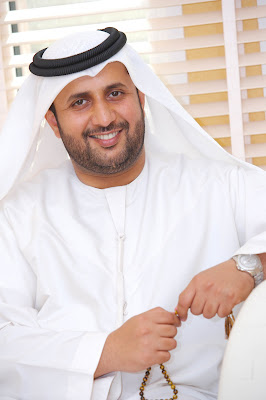 The company had announced earlier the completion of two phases of the project which include “the Executive Towers” and the Towers Area that overlooks Sheikh Zayed Road from Emirates Airlines Building extending to the rear of the Executive Towers with 50000 refrigeration tonne (RT).

Empower has implemented the project with a high level of efficiency, seamlessness, precision and within the set budget and timeline.

Ahmed Bin Shafar, CEO of Empower, said: “We divided the implementation of district cooling network of Business Bay, which is one of the busiest and dynamic business spots not only of Dubai but also of the Middle East, into three phases as per demand and supply. We worked according to the timeline by constructing temporary and semi permanent work stations. As always, best of breed technologies were used in constructing this world class network to ensure highest performance and quality.”

Bin Shafar added: “We did due diligence all the stages of implementing this project by clearly identifying priorities, responsibilities and roles and overcoming many challenges that cropped up. This project plays a crucial role in saving natural resources by saving electricity and water consumption in all the residential and business units. The start of phase three of the third phase of the district cooling network reflects the high caliber of our staff who have been working on similar challenging jobs since the inception of Empower in 2003.”

“We are pleased that district cooling is gaining wider recognition in the region. District cooling systems (DCS) achieve economies of scale by using centralised plants instead of individual cooling units in each building. The centralised system results in reduced capital and operating costs, thus reducing air-conditioning set-up and energy costs per building,” said Bin Shafar.

Bin Shafar added: “This new network saves energy with a percentage of 40 percent. We are satisfied with Empower’s role in disseminating the district cooling technology in the UAE via this world class network”.

About Empower:
Emirates Central Cooling Systems Corporation (Empower) is a joint venture between Dubai Technology and Media Free Zone (TECOM) Investments and Dubai Electricity and Water Authority (DEWA), created to provide energy-efficient district cooling services to large-scale real estate developments. Empower plans to diversify into other energy efficiency and conservation services. Empower's district cooling systems (DCS) provide effective and efficient means of air conditioning. Water is cooled in central plants and distributed through a network of piping systems to individual customer buildings. DCS achieves economies of scale by using centralised plants instead of individual cooling units in each building. The centralised system results in reduced capital and operating costs, thus reducing air-conditioning set-up and energy costs per building. Empower is set to become one of the largest district cooling companies in the region.
Posted by Imre Solt at 10:15 PM