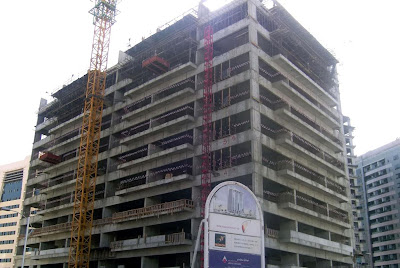 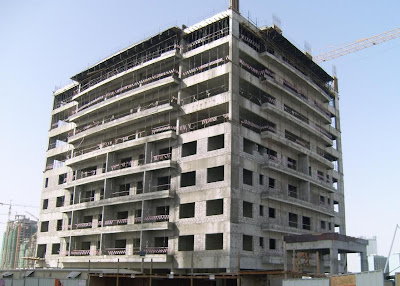 Developer pushes on with construction despite global economic downturn

Memon Investments, a leading Dubai-based property developer and part of the international business conglomerate, Shaikhani Group, announced that it has passed the halfway mark on the construction of two of its prime residential developments in ‘Dubai Sports City’ - ‘Champions Tower II’ (CT II) and ‘Champions Tower III’ (CT III). Construction has reached the 9th floor in CT II, with the developer preparing for the next slab and block work on the 4th floor; while the 10th floor in CT III has already been cast. Amidst the progress, Memon Investments aims to underline its commitment to push on with construction despite the challenges of the global economic downturn.

The awarding of various contracts to some of the UAE’s top contractors has contributed to the fast-paced construction of both towers, with Stromek Emirates Foundation having completed the initial excavation and foundation work and Al Sarh Contracting placed in charge of construction. Leading MEP contractor Anwar Al Aqsa is managing the electrical, fire alarm, plumbing and fire fighting instalments, while ETA MELCO has been commissioned to install six high-speed, state-of-the-art Mitsubishi elevator units for ‘CT II’ and ‘CT III’. As construction progresses rapidly, the developer is currently looking to award contracts related to the finishing and facility management to credible partners in the UAE.

“Our unwavering commitment to deliver these two unique towers and to do so with a guarantee of excellent quality is paying off with the exceptional speed and standards by which ‘Champions Tower II’ and ‘Champions Tower III’ are being constructed,” said Ahmed Shaikhani, Managing Director, Memon Investments. “We are very excited to approach the construction of the last levels of these projects, and eventually the handover of units to our investors, which is a major milestone in our operations as a developer of high value projects.”

With a total built-up area of 231,454 square feet, ‘Champions Tower II’ is a 14-storey tower, which will include 172 apartments comprising 72 studios, 72 one-bedroom and 28 two-bedroom apartments, each with its own view of Dubai Sports City’s lush greenery. The tower will provide easy access to an 18-hole golf course, a cricket stadium and various sport-oriented academies, rugby and football pitches and a track and field stadium. The tower will also offer modern facilities including a communal swimming pool, spa and sauna, Jacuzzi, a fully equipped gymnasium and an indoor games room.

‘Champions Tower III’ is a B+G+15+HC tower with a total built-up area of 283,672 square feet, and will offer a total of 254 units comprising of studios, one-bedroom and two-bedroom apartments. Its features include a spacious fine marble lobby, three high-speed elevators, basement parking, ground floor covered parking, concierge and valet parking services, 24-hour manned security and an in-house maintenance team. World-class stadiums and academies, educational, religious and healthcare facilities, as well as high-class restaurants and cafés and a sports-themed shopping mall in the gated community are all within walking distance from the luxurious residential property.

“These projects are in line with our vision and strategy to provide the ultimate luxury lifestyle to discerning investors. With the inclusion of the most sophisticated amenities and conveniences in these towers, we are confident that all our clients’ expectations will be met, if not surpassed,” concluded Shaikhani.


About Memon Investments LLC
Founded as the property development arm of the international business conglomerate, the Memon Group of Companies, Memon Investments has grown to become a leading property player in the region offering a diversified portfolio of premium property projects. Guided by a tradition of excellence, the developer’s intense focus lies within its core competencies, specifically acquisition, design and development, consultancy, leasing and management of properties. Leveraging the Memon Group’s extensive real estate development experience, Memon Investments’ UAE portfolio comprises of prestigious residential projects including ‘Champions Towers I, II, III, and IV’ and ‘Frankfurt Sports Tower I’ in Dubai Sports City; ‘Gardenia I & II’ in Jumeirah Village, and its inaugural commercial venture - ‘Cambridge Business Centre’ in Dubai Silicon Oasis, all of which embody the developer’s trademark top-notch quality and uniqueness.

Having delivered over 30,000 units across the globe with a presence in 90 countries spread across Asia, Africa, Middle East and Europe, the Memon Group of Companies is presently commemorating its 30th year of delivering unique offerings and services to its global customers. In addition to its extensive expertise in the real estate market, the Group has also built a strong reputation for its unwavering support for various causes such as poverty alleviation, environmental conservation and academic development. As a socially-aware international corporation, the Group has devoted 19 years in support of the Rabia Charitable Foundation and the Rabia Relief Fund.
Posted by Imre Solt at 1:11 PM