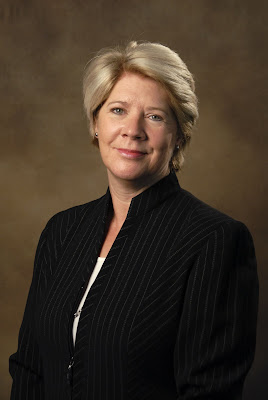 Sale prices in a number of freehold communities across Dubai remained stable in Q3 this year compared to the previous three months, according to the latest report by leading Dubai-based property management company Asteco.

The Asteco Dubai Q3 Report 2010 published today (2 October 2010), revealed that, although further price adjustments are expected in the near future, affordable apartment developments, such as Discovery Gardens and Jumeirah Lake Towers (JLT) remained at AED 500 and AED 750 per sq ft respectively for the three months to the end of September.

“Asteco has recorded an average drop of 6% for [apartments]. This is mainly attributed to the increasing supply of apartments. However, we have also seen increased sales activity, predominantly due to owners who are expected to take handover of their unit but are unable to make the final payment, which often constitutes a large percentage of the overall sales price,” said the report.

This trend was also mirrored within Downtown Burj Dubai, which despite being at the opposite end of the price spectrum still commanded AED 1,300 per sq ft throughout the same period.

Despite demand for townhouses and smaller villas picking up speed – a trend Asteco expects to continue in the short-to-medium term – during Q3 it was properties in Emirates Hills, Jumeirah Islands and the Green Community that remained unchanged price-wise at AED 1,600, AED 950 and AED 700 per sq ft respectively.

“There has been a change in focus in the real estate sector as maximising rental yields and long-term capital appreciation takes precedence over short-term sale profits, with pro-active property management being a key factor,” said Elaine Jones, CEO, Asteco Property Management.

The rental market in Dubai has followed much the same pattern as the sales sector with price shifts favouring tenants.

Despite an overall apartment rental contraction of 6%, units in JLT slid just 2% with 3% adjustments in Discovery Gardens and Downtown Burj Dubai.

“The number of transactions, which are generally at their lowest during the summer and Ramadan, has been surprisingly active with a number of people taking advantage of the quiet months to look for value for money accommodation. Therefore, the drop in rents has proved to be less significant than in Q2. Although further declines across the board cannot be ruled out, the drop in [Discovery Gardens and JLT] is expected to be less noteworthy due to the already lower rents,” explained the report.

The villa rental market fared slightly better with average declines of just 4% over Q2 on the back on increased stock coming on the market in out-of-town developments in Dubailand and Dubai Silicon Oasis. Despite this, rates in the Green Community and on Palm Jumeirah remained unchanged with the market expected to gain momentum in the coming months as tenants look to upgrade from apartments.

“With an increase in activity over the summer, we expect this momentum to continue in Q4 2010 with expected demand predominantly coming from tenants looking to move from apartments to villas as rental levels continue to adjust. Villa rental rates seem to be more robust compared with apartments, which in part has to do with the fact that the current and future supply of villas is marginal compared to apartments,” said the report.

Meanwhile, the office market completed a relatively positive quarter in Dubai with average contractions of just 3% in the rental sector. But while small businesses have moved out of Dubai Internet and Media cities over the past three months, others are deferring decisions until Q4 as long-term downward pressure is likely within the planned supply.

“Long-term anchor tenants are expected to renegotiate lower rental rates whilst minimal relocation demand exists, however this will be tested as new supply enters the market and companies take advantage of better locations and facilities,” added the report.