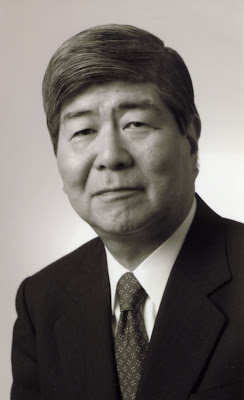 The world’s top architectural practice and global leader in sustainable design, Nikken Sekkei, will be celebrating 110 years of excellence at Cityscape Global which takes place next week at the Dubai World Trade Centre on 4-7 October.

The Tokyo-headquartered company will present a selection of its latest sustainable designs from its extensive international portfolio as well as rolling out an updated corporate identity complete with a fresh logo and revamped English language website www.nikken.co.jp/en.

“During my career with Nikken Sekkei I have been fortunate to witness the evolution of sustainable design. It has been quite a journey so far, but it is always the future that holds such intrigue,” commented, Mitsuo Nakamura, Chairman of Nikken Sekkei.

“That is why we are showcasing a number of designs that use the very latest technology to improve and sustain building design, hopefully for another 110 years. In addition our corporate identity has also had a facelift to demonstrate the strength, reach and vision of the Nikken group,” added Nakamura.

The general public is now more environmentally aware than ever and carbon emissions are now firmly on the political agenda. In addition developers and building owners are also more commercially aware of the benefits of embracing sustainable design, in relation to maintenance, utility and management costs over the lifetime of the building.

In this respect, for the first time in the Middle East, Nikken Sekkei will be joined by a number of other group companies which complement core design services. They include interiors specialist Nikken Sekkei Space Design and Nikken Sekkei Research Institute, a think tank specialising in area energy management, integrated traffic planning and low-energy project consultation.

Since 1993, Nikken Sekkei has designed several important award winning buildings in the Middle East, such as the Islamic Development Bank in Jeddah, National Cultural Center in Cairo, and the Dubai Chamber of Commerce & Industry (DCCI), which recently became the first and only building in the Arab world to attain LEED certification for existing buildings.

“The DCCI project is an appropriate example of sustainable design. The building was originally designed by Nikken more than 15 years ago, three years prior to the inception of LEED standards. The fact that the building effectively accommodated DCCI’s sustainability programme which essentially entailed ‘greening an existing building’, highlights not only DCCI’s innovation, but also Nikken’s far reaching vision,” said Dr Fadi Jabri, General Manager of Nikken Sekkei’s office in the UAE.

Other groundbreaking designs on show at Cityscape will include The Sony building in Tokyo, which is the world’s first BIO SKIN design and the futuristic Tokyo Sky Tree broadcasting tower, which is proceeding and on schedule to open in Spring 2012. Once completed in late 2011, the structure is expected to be the world’s tallest antennae at 634 meters.

Finally Nikken is launching a new book, its third edition about sustainable architecture entitled, ‘Sustainable Architecture in Japan, The Continuing Challenge 1900-2010 and Beyond, to commemorate their achievements over the past 110 years and to look ahead to the year 2100.S Sustainable Architecture in Japan |”By utilizing
By utilising the latest technology that is not only accessible but cost-effective, we are creating practical but innovative designs aimed at maintaining optimum performance levels in energy consumption and water conservation, ideally suited to the Middle East’s arid climate,” said Dr. Jabri.

Since the economic downturn, thanks to meticulous planning and an efficient operation typical of major Japanese corporations, Nikken Sekkei’s 2,565 headcount is virtually unchanged, a major achievement in itself.

About the Nikken Group

This year the group celebrates the 110th anniversary of Nikken Sekkei Ltd. Established in 1900, Nikken Sekkei has since grown into one of the world’s largest architectural design firms with over 2,565 professional staff. The company’s comprehensive portfolio consists of over 20,000 projects in 40 countries, covering a wide spectrum of sustainable public and private projects including: city design, high-density, mixed-use transit-oriented developments, super-high rise buildings, business parks, offices and facilities for commercial, cultural, educational and healthcare use.
Environmental responsibility and sustainability are the foundation of Nikken Sekkei’s design principles. It constantly strives to create innovative design solutions that maximise energy conservation, enhance environmental comfort, while minimising waste and environmental damage, throughout the lifetime of a building.
Arriving in the Middle East in 1993, Nikken Sekkei has designed several important award winning buildings such as the Islamic Development Bank in Jeddah, National Cultural Center in Cairo, and the Dubai Chamber of Commerce & Industry, which recently became the first and only building in the Arab world to attain LEED certification for existing buildings.

Nikken is headquartered in Tokyo, with branch offices in China, Korea, Vietnam, the Kingdom of Saudi Arabia and the United Arab Emirates.
Posted by Imre Solt at 2:12 PM