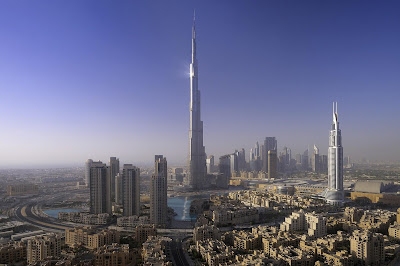 Dubai, UAE; October 27, 2010: Led by strong recurring revenue from its hospitality and malls businesses, Emaar Properties PJSC, the leading global property developer, recorded net operating profits of AED 2.343 billion (US$ 638 million) during the first nine months of 2010. These positive results demonstrate the significant gains that the company has achieved compared to the same period in 2009 – with net operating profits up over 67 per cent.

In spite of the summer period, approximately 45% of the total units in Burj Khalifa, the world’s tallest building, have been handed over until the end of the third quarter 2010. The sales collection has been robust during the quarter providing additional liquidity to the company. In addition, with a view to convert short term liabilities into long term debt, Emaar launched a US$ 500 million of Convertible Notes due in 2015. The bond received overwhelming response with a demand in excess of US$ 3 billion. The Notes will be listed on the Luxembourg Euro MTF market subsequent to the approval at the Company’s Extraordinary General Meeting.

Mr Mohamed Alabbar, Chairman, Emaar Properties PJSC, said: “The solid results posted by Emaar during the first nine months of the year, marked by the delivery of our iconic tower Burj Khalifa, are testament to the strength of our diversified growth model. We have successfully focused on our strategy of geographic expansion in promising markets and delivered on our core competency of creating world-class real estate developments.”

He added: “Our strategic developments in shopping malls and hospitality are now yielding strong recurring revenues, which highlights our commitment to investing in the long term by adding value to our stakeholders. The challenges of the global financial slowdown are behind us, and we are entering a new phase of growth, complementing the vision of Dubai outlined by His Highness Sheikh Mohammed Bin Rashid Al Maktoum, UAE Vice President & Prime Minister and Ruler of Dubai.”


In the third quarter, Emaar continued handover of homes in Burj Khalifa, where the world’s first Armani Hotel Dubai also recorded robust occupancy levels. Emaar is currently completing orientation for the commercial suites in the tower, as well as for the residences.

Having successfully negotiated with contractors and consultants on several projects, Emaar is progressing with all its key property developments in Dubai, especially in Downtown Dubai, described as the “new heart of the city.”

Emaar further supported its shopping mall and leisure business segment by opening the region’s first boutique cineplex, the 6-screen Reel Cinemas at Dubai Marina Mall, and contributed to the city’s retail and hospitality sector through an array of promotions during the summer months aimed at driving international visitor flows.

Internationally, the first commercial offices in The Eighth Gate development in Syria were handed over within the Commercial Centre of the project, which is projected to become the leading business hub in the country. Earlier, Emaar handed over homes in Tuscan Valley Homes in Turkey and Canyon Views in Pakistan. Several landmark projects in Saudi Arabia, Jordan, Egypt and India will be completed in the coming months.

Mr Alabbar said: “Emaar has continuously focused on energising the domestic market by creating job opportunities and supporting ancillary industries. Our businesses complement this outlook by driving Dubai’s GDP growth, making Emaar an active partner in the Emirate’s socio-economic development and a driving force in realising the city’s ambitions.”

Emaar has joined hands with Giorgio Armani to strengthen its presence in hospitality. For more information, visit www.emaar.com.
Posted by Imre Solt at 4:44 PM