Dubai on the road to recovery , Cityscape Global witnesses wave of investor optimism after bout of positive economic news boosts confidence in Dubai.. 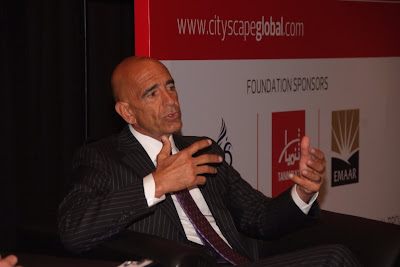 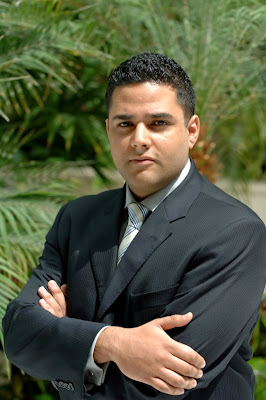 Dubai on the road to recovery

Cityscape Global 2010 opened for business today (4 October), amidst a wave of optimism from regional and international investors after a spell of positive economic indicators since the Dubai World debt restructuring was completed earlier in September.

The real estate investment and development show which has thrown the spotlight on global emerging markets, runs until Thursday at Dubai World Trade Centre.

“There has been a flurry of good business news throughout the emerging markets, that have boosted investor sentiment, but none more so than Dubai recently,” said Roham Marwaha, CEO, Cityscape.

“Although Dubai World’s successful $25 billion loan restructuring was undoubtedly the catalyst, there has been other encouraging news, especially the $1.25 billion dual-tranche bond issued by Dubai Government just last week. The bond was four times oversubscribed and will be used towards infrastructure projects. A number of other key announcements have been made since,” added Marwaha.

Marwaha was clearly referring to the Nakheel confirmation that it had paid almost $1 billion to creditors and further news that it would restart work on a number of its stalled projects. Dubai Islamic bank also announced that it had increased its stake in mortgage lender Tamweel to 57% and declared that it would resume lending before the end of the year.

“Even today the Real Estate Regulatory Agency, announced that it would work with banks to raise up to $1.36 billion to try and finish 48 developments currently on hold. Also the news that Emirates Islamic Bank could merge with Dubai Bank and bring Amlak under the same umbrella could further boost liquidity into the market,” said Marwaha.

According to US investment guru, Tom J Barrack Jr, a keynote speaker at the Cityscape Global Real Estate Investment conference, who has invested over $45 billion in real estate, claimed that smart money is now focusing on emerging markets as many have dramatically outperformed more mature markets such as the US and Europe in recent years.

“Many developed economies are already heavily indebted in addition to running annual budget deficits, compounding their debt levels. These scenarios won’t unwind overnight, it will take time. On the other hand, developing economies are not running deficits and are not nearly so indebted, allowing their economies to grow quicker, giving higher returns,” said Barrack.

The flagship event of the world’s largest business-to-business real estate investment and development brand is being held in Dubai for the ninth year and has evolved from Cityscape Dubai as a result of the increased international participation it has attracted.

Sentiment on the exhibition floor matched that of the organisers and speakers. Fernando Fischmann - Creator and owner of Crystal Lagoons Corp, which is developing the largest lagoon in the world in Egypt commented: "Irrespective of the Dubai government bond, I’m confident that Dubai and the wider region will come back. However it is worth pointing out that the global crisis is not a problem for everyone, if as a developer you can add value. That makes a good investment."
Another aspect specific to the region is that 80% of the world’s largest Sovereign Wealth Funds (SWF) are based within the GCC, so many developers from mature markets are looking for investors, both institutional and high net-worth.

French exhibitor, Philippe Chaix - Managing Director, Paris La Defense, a mixed-use redevelopment in the west of Paris, concurred with both Fischmann and indeed Barrack. "Today most of our international investors are European but the Middle East represents just 3% and we have come here in a bid to increase awareness of the project throughout the region, which has huge potential for us.”

Cityscape, is the largest business-to-business real estate investment and development brand in the world, encompassing a series of major exhibitions and conferences that take place in Dubai and Abu Dhabi; Asia; Saudi Arabia; USA and Latin America; .
Posted by Imre Solt at 7:01 PM