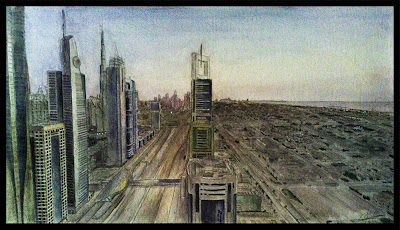 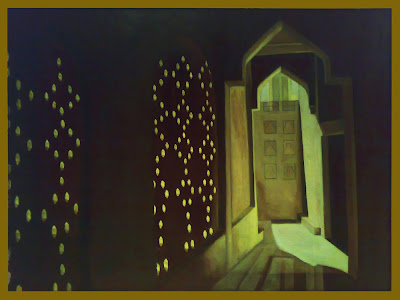 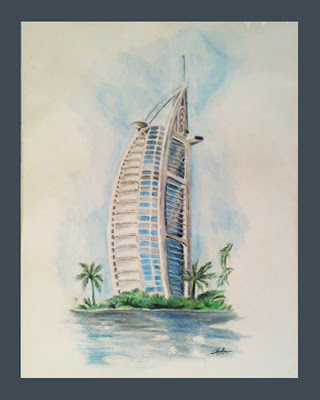 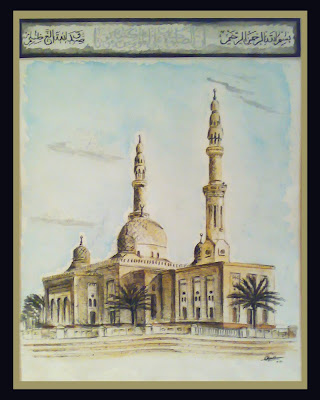 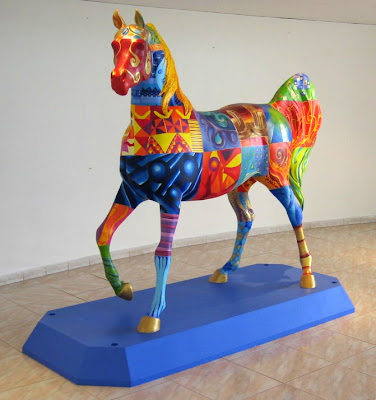 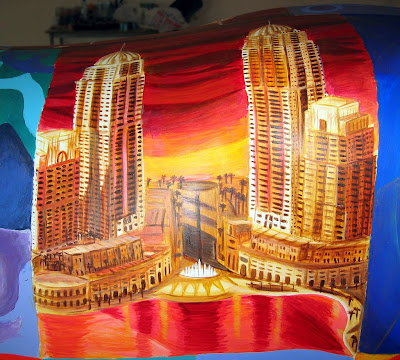 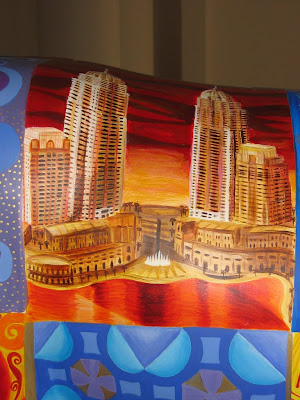 The following art-works depicting various buildings across Dubai are by Ali Akbar Sahiwala.

Having lived in Dubai prior to continuing with his post-secondary education in Toronto, Ali has always been interested in Art and Architecture. You can visit his blog at http://aliakbarsahiwala.blogspot.com/ to see higher-resolution pictures and more works by him. All the art-works presented below have been adapted from photographs of the existing places:

- Dubai Skyline, Watercolor, 2009: This rendering shows the Burj Dubai set in the backdrop against a flurry of new buildings dominating the skyline along the Sheikh Zayed Road.

- Bastakiya, Oil and Acrylic, 2007: Reminiscent of older times, this painting looks down a corridor in one of the preserved windtower houses of the heritage Bastakiya quarter in Dubai.