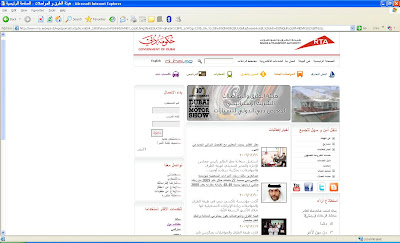 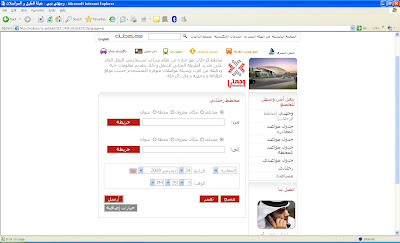 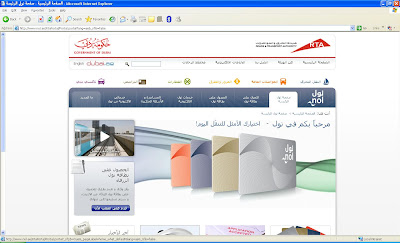 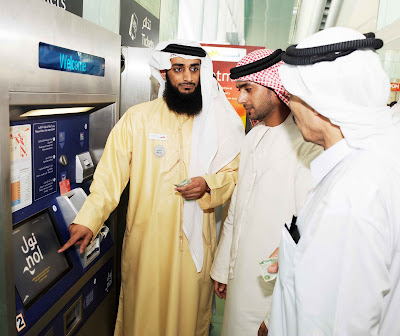 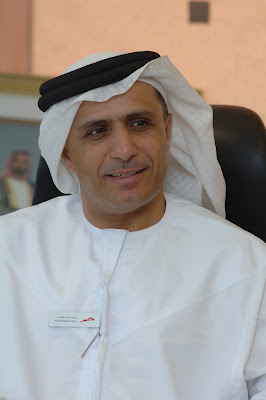 H.E. Mattar Al Tayer, Chairman of the Board & Executive Director of Roads & Transport Authority (RTA), announced that the total number of e-services offered by the RTA has reached 164 services (procedural and informational) representing all services rendered online compared to 24 e-services offered in 2007 and 116 e-services in 2008. RTA has achieved a 100% transition to e-services in respect of all the services agreed to in advance with Dubai e-Government. RTA is currently pondering launching extra services that could possibly be switched online and drawing up the work plans for their implementation. Meanwhile RTA website is receiving soaring number of visitors clocking 15 million hits during the period from May to December 2009, with more than 5.5 million pages surfed, reflecting a 37% rise in the number of new visitors.

“From inception, RTA shouldered the responsibility of uplifting the level of customer service and was keen on diversifying the channels of delivering them, at the top of which was the internet. For this end, RTA developed an integrated strategy for switching the delivery of services online in accordance with the vision of Dubai e-Government. Such a strategy was based on prompt delivery and customer centricity in coordination with the e-government in the context of the drive to showcase the e-services of the RTA, and use the standards & benchmarks of Dubai e-Government such as eServices Quality Framework. Meanwhile RTA assigned due consideration to the feedback of Dubai e-Government made in the course of e-services quality assessment report about the design and content of the portal” said Al Tayer.

He added: “RTA was keen on dedicating special WebPages on the main portal for affiliated agencies such as Licensing, Rail, Traffic & Roads, Marine and Public Transport agencies. This makes it easy to surf and expedite the retrieval of data required by clients and listing the e-services agency wise. RTA website is being linked with the portals of government department such as Dubai Police and Dubai Municipality; enabling surfers to move instantly to inquire and pay traffic offences online without having to physically move to Police Stations. RTA has also made a link-up with several other bodies such as insurance companies, and forwarding & courier companies to provide delivery service for driving licenses, and renewed registration cards. It also established a link with the approved eyesight testing centers for driving license applicants where the examiner enters the details directly in the shared database. This enables the customer to review the status of his or her application, expedite RTA processing of transactions, and speed up the delivery of licenses to clients through their specified address.

The initiatives and activities undertaken by the RTA in the field of e-services have contributed to facilitating customer service procedures. For instance two e-services related to driving licenses and vehicle registration cards have been launched online with a view to adding new and diverse channels for processing transactions without having to visit the service location.

Through the Toll Gate system website (Salik) it is possible to register a new vehicle, add another vehicle to an existing Salik account, review the offences, check the functioning of the system, and find out the locations of Salik Toll Gates, in addition to developing a new service such as submission of complaints online, and m-Pay service, which enables the client add an e-balance either online, through the IVR channels or the mobile phone.

Launched in May 2009, the m-Parking service enables payment of parking fees through the mobile phone without having to go to the parking pay machine or carry coins. The user has to send an SMS to the number 7275 including the vehicle plate’s number, zone code, and the parking time requested. The system sends a confirmatory SMS to the user, and automatically transmits the vehicle number plate to the parking attendant stating that the parking fee of this vehicle has been paid. It also sends a reminder SMS to the user 10 minutes before the expiry of the ticket, and the number of system users has now grown to half a million users. All paid parking zones in the Emirate of Dubai have been covered by the m-Parking service. In the initial phase about 220 machines had been installed covering Sheikh Zayed Road, Dubai Internet City and Dubai Media City. In Phase II all paid parking zones in Bur Dubai were covered through installation of 1547 machines, and in the last phase all paid parking zones in Deira had been covered with 1546 machines.

RTA Chairman and Executive Director said: “The Automated Fare Card branded as Nol Card is one the electronically sophisticated systems across the world offering the best and easiest service to the users of various transport systems spanning Dubai Metro, public buses, water bus and paid parking machines. The number of cards sold since the Nol card had been rolled out on 22 August 2009 up to 22 December 2009 reached 1,041,000 cards, whereas the number of transactions in which Nol cards were used from the date of official launch on 09.09.09 to mid of December 2009 exceeded 48 million transactions, of which 262,000 transactions were related to the payment of parking fees”.

The card is easy to obtain & use; the user has just to add a balance to the card enabling him or her various transport options. The fare will be automatically calculated on the basis of pay as you go. The card is safe, difficult to forge and manufactured by multiple manufacturers at world-class standards. The card design addresses the future requirements of e-payment systems allowing for the possibility of adding multiple and diverse services.

“In January 2010 RTA will launch the Online Auction System; which is bound to bring about a quality shift in the services of vehicle number plates offered by Licensing Agency, and add enhanced efficiency & quality to the processes” revealed the Chairman of the Board & Executive Director of the RTA. Number plates not designated for open auction used to be sold at their nominal values to the first ordering customer; this caused indignation of some customers who were interested in these numbers who were not able to attend at that time. “The system will prop-up revenues as such numbers used to be sold at their nominal value, and it will also reduce the congestion at the Licensing centers once a new code is released enabling customers to buy the numbers not designated for public auction in an expedited manner before being bought by other customers; which will also save time and effort of employees, and reduce the complaints sent to Plates Section” he noted.

Al Tayer stated that RTA was keen to deliver top-class services to users of mass transport system with a view to encouraging individuals to switch from using private vehicles to mass transit modes in their travels. For this end RTA has developed an integrated package of programs & systems that will facilitate the use of public buses in the form of Wojhati (Journey Planner). Dubai Emirate has become only the fifth city worldwide to apply the system after London, New York, Munich and Melbourne. The system provides full details required by mass transit mode users such as calculating the journey fare, identifying the easiest & fastest means of reaching a certain destination, establishing the prescribed walking distance before arrival at the first point of using transport means, the walking distance after arrival at the nearest point to the intended destination of the user, and the number times of changing buses in case the service is routed through interchanging points. The program also offers bus schedules, bus route maps, and route destinations, besides providing all information related to bus stops in a single journey. The program has been designed to cover all Dubai Emirate, and users can inquire about the mass transit modes, and how to use and access them by adding destinations to the fields provided in the program.

RTA has uploaded public transport data (such as bus routes, metro lines and water bus lines) on Google Maps; thus Dubai has become the first city in the Middle East and North Africa regions to add its public transport data to Google Maps. Such feature will offer public transport users, including residents, visitors and tourists of the emirate, to plan their daily travels in advance through this simple and technology which is accessible to all interested users 24 hours a day.

Al Tayer stated that RTA launched Sharekni service; enabling individuals to car-pool a single vehicle to and from the workplaces. The website acts as an intermediary between the service users, where they can rideshare a single vehicle; a step which will contribute to cutting congestion and reducing carbon emissions. The number of registered individuals since the launch of the service in July 2008 has exceeded 140,000 registered individuals. RTA has also launched employee transportation service on buses, known as Awselni in June 2008; where the service has attracted 1719 employees transported in 16 buses and the program is receiving monthly growth injections of 14%.

Al Tayer further added: “Innovative e-services have been unleashed such as booking taxicabs online; a unique service in the region. There is also the system of booking taxicabs using SMS, and the automatic tracking of vehicles, both launched with a view to providing advanced and high quality public transport services to the public in Dubai Emirate. The system provides instant bus tracking system 24 hours a day, and establishes a link between buses enabling them to reach destinations on time. It facilitates the process of bus management through a central bus control unit, where the employee at the Center can make any changes that constantly require bus traveling on the approved timing.


Al Tayer concluded: “RTA has also launched virtual transportation service; a 3-dimensional tool enabling users to identify four types of metro stations in a virtual mode to experiment these stations in a pictorial tour. The aim of the service is to reach the largest possible number of the public, educate them on the features of the integrated transport system provided by the RTA, and encouraging them to use mass transit modes instead of private vehicles”.