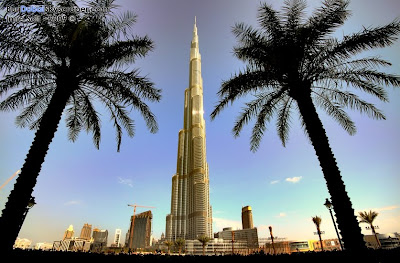 Rail Agency at Roads & Transport Authority (RTA) has outlined its environmental and sustainability work plan 2010; which is based on RTA Strategic Plan aiming at curbing pollution and conserving the environment.

He continued: “The Agency is counting on several factors to help realize its environmental strategic plans. Much emphasis is given to assigning due consideration to the standards of green buildings and sustainability in all future rail projects; which will conserve the environment and increase the lifespan of these projects. It will also ensure safe and smooth mobility for all segments of the society in a way that serves the principles of sustained development (protecting the environment, community welfare, customer satisfaction, and economic prosperity). More emphasis is also made on minimizing the waste of building projects, and methods of saving power and water consumption.

Al Ruwaished added: “There are environmental stipulations which we have to comply with such as not to exceed the noise levels permissible in the emirate of Dubai as monitored by the enforcement systems in place, where in 2009 Rail Agency has achieved a compliance rate with permissible thresholds as high as 95% or more. The Agency is also observing other stipulations such as dust control, introducing preventive measures to prevent the blowing of dust, and safe disposal of waste resulting from construction of rail projects. These conditions are complied with under a regime that encompasses carrying out environmental auditing and inspection on monthly basis through visiting the metro and tram construction sites to take notes and forward them in reports submitted to the Consultants for taking appropriate corrective actions”.

“Monthly meetings are being held with the Consultant and Contractor to debate the outstanding environmental issues and assist in working out solutions to reduce the environmental effects that may impact the environment and the community. The Dep’t pays serious attention to tracking public complaints and taking instant measures in their response; particularly those related to high noise and ground vibration levels resulting from rail project activities” concluded the Director of Quality, Health, Safety & Environment Dep’t at RTA Rail Agency.
Posted by Imre Solt at 8:07 PM