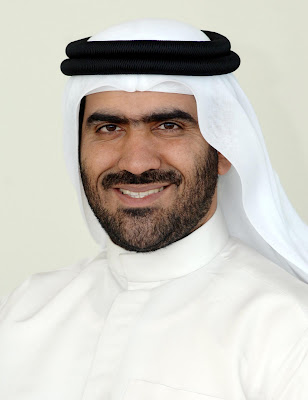 Since the foundation stone of the Dubai Metro was laid down through the launch of the project on 09/09/09, the Rail Agency at Roads & Transport Authority (RTA) had paid every attention to the provision of all facilities & potentials to provide classy services to the metro passengers whether at stations or on board the trains in order to make this mode the first choice of all public transport users in Dubai Emirate, as well as the safest, most convenient and enjoyable transit mode in the daily travels of commuters.

The Director of Rail Operation, RTA Rail Agency Ramadan Abdullah, said: “The daily ridership of the metro is currently over 140 thousand passengers i.e. in excess of 4,020,000 passengers per month. This number is quite important when we take into consideration that the period of the metro operation has yet to complete 15 months, so it says a lot to see all these passengers from all community segments, whether residents or visitors, uptake this mass transit mode; which also reflects the associated benefits that contribute to diffusion of using public transport culture among the public.

“The resounding success so far made by the Dubai Metro is viewed as a result of the sound strategies and ambitious plans developed by the RTA and implemented by unsung heroes who are make tireless efforts to the serve metro passengers and their efforts are now culminated in a public upswing to use the metro albeit being unaccustomed to using public transport modes.

“On November 1st, the day designated by the RTA as a Public Transport Day offering the public free ride on all public transit modes including the metro, public buses and the water bus for 24 hours, the metro has lifted 206 thousand passengers compared to 140 thousand passengers on normal days i.e. a 47% rise in the metro ridership. Though the RTA has stipulated that benefiting from this free-ride day is offered to Nol card holders for organizational and statistical purposes, such an increase in the ridership reveals that many people have cared to obtain Nol cards to experiment the use of public transport means including the metro; which is another evidence of the growing culture of using public transport among residents of the Emirate.

“It is anticipated that the number of metro riders will top 170 thousand passengers per day by the end of 2010, meanwhile RTA is working closely with the metro operator to cope efficiently with any increase in the number of metro riders through addressing all aspects of safety which ranks high on the RTA priorities. It also seeks to provide comfortable & enjoyable ride, and minimize the service frequency in addition to the provision of a healthy atmosphere & facilities for special needs passengers, fitting the trains with wireless internet and the provision of directional signage. Additionally, RTA provides fine services at the stations which are characterized by sizable area & fabulous designs combining modernity & tradition in a convenient and safe setting. Furthermore, the Dubai Metro, with all its stations and facilities, is becoming a point of attraction to tourists and visitors pouring in from all over the world, and is making a substantial addition to the services sector; which plays a crucial role in boosting the tourist profile of the Dubai Emirate.
Posted by Imre Solt at 1:02 PM