This New Year, Celebrate In Style At Level 124 Of Burj Khalifa 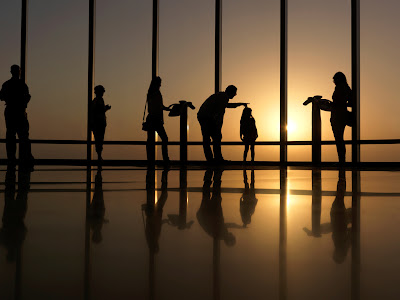 This New Year, Celebrate In Style At Level 124 Of Burj Khalifa

• At the Top, Burj Khalifa to host New Year’s Eve after-party
• Only 350 exclusive tickets available for the party
• Celebrations follow spectacular fireworks to ring in the New Year
• Arabic fusion band adds to the buzz of the event at the world’s tallest observation deck with an outdoor terrace

Dubai, UAE; December 28, 2010: When the spectacular firework display to ring in the New Year is over at Burj Khalifa, the world’s tallest building, head straight for Dubai’s one of its kind New Year’s Eve after party at the most unique destination – At the Top, Burj Khalifa.

The world’s highest observation deck with an outdoor terrace is opening doors to an inimitable party experience – ‘Celebrate in Style’ - where guests can enjoy the first day of 2011 taking in unparalleled views of the city glittering in the sweeping spectacle of a million lights.

At the Top, Burj Khalifa’s New Year’s Eve after-party will be marked by a celebration of music, with an Arabic fusion band regaling the guests. Food and non-alcoholic beverages from The Address Dubai Mall will be served over the two-hour party from 1 am to 3 am. The ‘Celebrate in Style’ party will host up to 350 guests with the entry priced at AED550. The tickets can be purchased at the Ticket Counter, located in the Dubai Mall.

Mr Issam Galadari, Chief Executive Officer, Emaar Properties – Dubai Operations, said: “Celebrate in Style is a perfect complement to the spectacular fireworks that will mark the beginning of the New Year at Burj Khalifa. For the first time, we are opening doors to guests for the unique opportunity of viewing the panoramic vista of the city on the first day of 2011. A get-together At the Top, Burj Khalifa will be a perfect occasion for friends and family to get together and celebrate the joy of new beginnings.”

Guests to the party also stand the chance to win an array of prizes through raffle draws. The prizes include a stay at Qamardeen Hotel for two people inclusive of breakfast and dinner at Esca restaurant; two dinner prizes for two people at Asado, the Argentinean grill at The Palace – The Old Town; two ‘One Desert Journey Spa Treatments’ at The Spa of The Palace – The Old Town; and six VIP ‘Immediate Entry’ passes to tour At the Top, Burj Khalifa, again.

While Burj Khalifa was honoured with the ‘Global Icon’ status by the Council on Tall Buildings and Urban Habitat (CTBUH) recently, an honour bestowed for tall structures only once in 10 to 15 years, At the Top, Burj Khalifa was most recently voted as the ‘Best Tourist Attraction’ at the ‘Best in Dubai’ awards.

The entrance to the At the Top experience is at The Dubai Mall’s Lower Ground level. The ascent to the 124th floor is by a double-deck elevator, each deck carrying up to 14 people and travelling at an amazing 10 metres per second.

A fully-established lifestyle community with world-class homes, office space and the world’s first Armani Hotel Dubai, Burj Khalifa, 828 metres (2,716.5 ft) high is at the heart of Downtown Dubai, the 500-acre mega development by Emaar Properties, described as ‘The Centre of Now.’ The most definitive lifestyle development in the city, Downtown Dubai features two malls – The Dubai Mall and Souk Al Bahar.

About Burj Khalifa:
A mixed-use tower featuring the world’s first Armani Hotel Dubai and Armani Residences, alongside corporate suites, residences, retail and leisure facilities, Burj Khalifa is at the centre of Downtown Dubai, a 500-acre mega-development by Emaar Properties. Among an array of lifestyle amenities, the tower has a public observation deck - At the Top - on level 124.
Described as ‘The Centre of Now,’ Downtown Dubai encompasses The Dubai Mall, one of the world’s largest shopping and entertainment destinations; several hotels; offices and homes. A stellar attraction within the community is The Dubai Fountain, the world’s tallest performing fountain.
At 828 metres (2,716.5 ft) high, Burj Khalifa is the world's tallest structure surpassing the KVLY-TV mast (628.8 metres; 2,063 ft) in North Dakota, USA. The tower is taller than Taipei 101 in Taiwan, which at 508 metres (1,667 ft) has held the tallest-building-in-the-world title since it opened in 2004. Burj Khalifa also surpassed the 31-year-old record of CN Tower, which at 553.33 metres (1,815.5 ft) has been the world’s tallest free-standing structure on land since 1976.
Designed by Chicago-based Skidmore, Owings and Merrill (SOM), Burj Khalifa is constructed by high-rise experts South Korea’s Samsung Corporation. New York-based Turner Construction International is the project and construction manager. The tower employs the latest in wind engineering, structural engineering, structural systems, construction materials and construction methods.
Posted by Imre Solt at 12:09 PM

Email ThisBlogThis!Share to TwitterShare to FacebookShare to Pinterest
Labels: At The Top Burj Dubai Observation Deck, Burj Khalifa, Celebrate In Style At Level 124 Of Burj Khalifa