RTA to open all bridges, tunnels of 1st Interchange on SZR end of next Jan 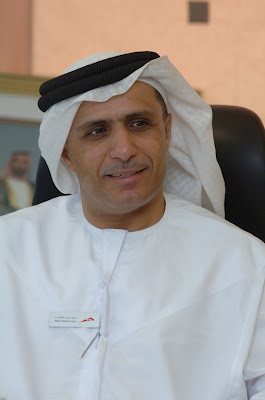 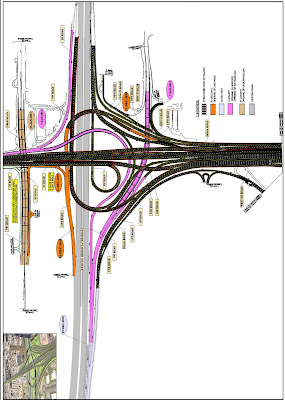 RTA to open all bridges, tunnels of 1st Interchange on SZR end of next Jan

H.E. Mattar Al Tayer, Chairman of the Board and Executive Director of the Roads & Transport Authority (RTA) has announced the completion of all construction works at the 1st Interchange on Sheikh Zayed Road; which will be opened for traffic by the end of January 2011. He added that by opening this vital interchange, RTA would finalize the 6th and final phase of Ras Al Khor Road Contracts; which extends more than 14 km from the Airport Tunnel northward terminating at the 1st Interchange on Sheikh Zayed Road southward.

“The 1st Interchange on Sheikh Zayed Road Project, which is one of the biggest interchanges undertaken by the RTA, comprises bridges extending more than 3 kms and tunnels measuring 850 meters, and the total cost of the Project, which is being constructed by the Italian Salini Co, is about 617 million dirham. The new Interchange will provide free traffic flow in all directions linking Sheikh Zayed Road and the Upper & Lower Decks of the Financial Center Road. It also includes the construction of a tunnel linking the road passing at the backside of Mazaya Center and the road passing at the backside of towers overlooking Sheikh Zayed Road, in addition to the widening of Al Safa Road and improving the intersections at the road in a sector extending up to Al Wasl Road.

RTA Chairman of the Board and Executive Director hailed the efforts made by engineers of RTA Traffic & Roads Agency who supervised this project despite the huge difficulties and challenges confronting the progress of this project, while attending to the highest occupational safety standards throughout the work sites.

“These projects come in the context of RTA strategy to keep pace with the urbanization drive, meet the requirements of demographic growth as well as the current and projected expansion of roads and transportation networks. They mark the transition witnessed by the Emirate as a highly reputable cosmopolitan city and a global hub for tourists, visitors and business leaders from all over the world, besides its lofty reputation as a center for regional and international conventions & exhibitions; which warrants continuing with the development process and maintaining the appearance of the city in order to live up to its billing.

“RTA will continue the construction works of key and arterial roads in Dubai Emirate as part of integrated road widening projects under a strategy aimed at providing sophisticated services to residents and offering practical and universal solutions that ensure smooth traffic flow towards realization of RTA vision of providing Safe & Smooth Transport for All,” said Al Tayer in a final remark.

Photos:
- Mattar Al Tayer
- Layout of the project stages to be opened
Posted by Imre Solt at 1:51 PM