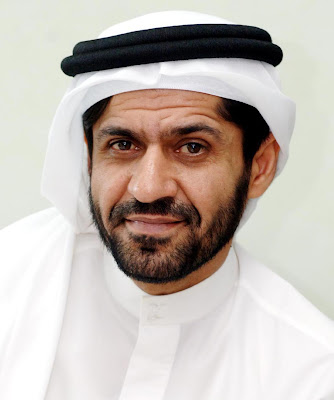 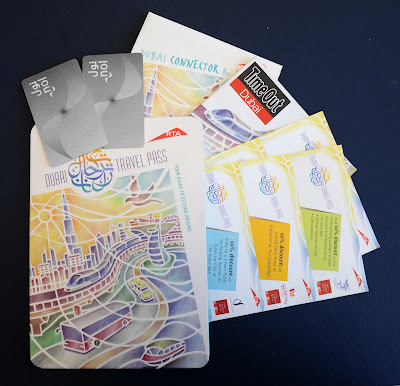 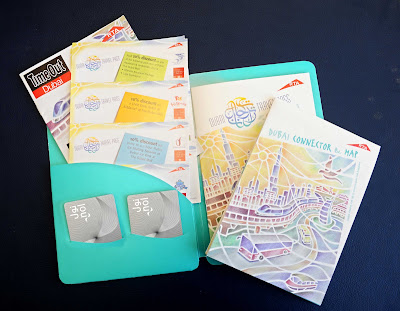 The pack is now available at selected outlets

Yousef Jawad CEO of RTA's Corporate Administrative Support Services Sector explained that the initiative is an attempt to give visitors to Dubai the ability to use public transportation with relative ease upon arrival in the Emirate. The intention is to provide means for visitors to travel from their homes and back to their homes seamlessly. Over a phased launch period, the pack will be available to tourists at various points during their trips, to allow them to decide on ground transport, while developing their visit plans.
“The overall objective of this initiative, which is launched in partnership with DNATA, is to ensure that visitors are given an immediate overview of public transport modes including Dubai Metro, Dubai Bus and Dubai Water Bus, which are the public transport modes provided by RTA in a smooth and safe environment, thanks to the advanced infrastructure, facilities and services implemented by the RTA over the last 5 years,” said Jawad.

“Through rolling out this initiative, RTA is intending to ease the mobility of tourists across Dubai, while also make their visit a memorable experience, brought on by the use of some of the best infrastructure and systems in the world besides contributing to the enhancement of the tourism in the Emirate,” he continued.

“The Dubai Travel Pass, which is priced at (AED65), includes two Silver Nol Cards, booklets about the integrated public transport systems, maps, information of interest to visitors, places to visit and how to get to those places using public transport, as well as other general information such as telephone numbers of emergency service, police, embassies, and ambulance. The pack also includes various value-added offers for use in Dubai on the trip, courtesy of RTA and its partners.”

"The forthcoming phases of the project will see different variants of the pack that tourists will be able to choose from. There will be long-term plans to make the (Terhaal) available to tourists in their countries of origin as well, added the CEO of RTA's Corporate Administrative Support Services Sector."

Four most important Qs and As about the Dubai Travel Pack (Terhaal):
Why is RTA doing it?
• To provide the advantages of public transport to visitors coming into the country.
• To help them save while traveling in Dubai.
• To promote usage of public transport.

Who does it benefit?
• The tourist population.
Where can we get it?
• All RTA customer service centers.
• DNATA Travel outlets at Dubai Clock Tower, Sheikh Zayed Road, Jumeirah Beach Residence and Palm Jumeirah .Its also available at the DNATA counters at the following Shopping Malls: Burjuman Centre | Deira City Centre | Al Twar Mall | Mercato | Dubai Mall | Mall of the Emirates | Uptown Mirdiff | Wafi & the Airport Terminal 1 Arrivals and Low Cost Carrier Counter.
Where do I get more details from?
• For further Details Call RTA @ 800 90 90 (RTA's call centre number)
Posted by Imre Solt at 1:13 PM