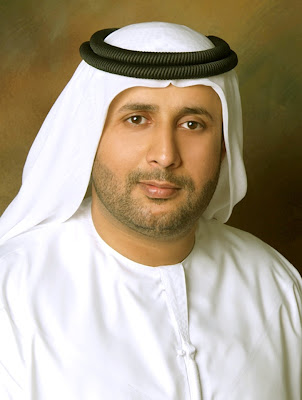 Bin Shafar: This has been the company’s strategy since inception to ensure high return on investment

Dubai, UAE, 20th December, 2010: Ahmed Bin Shafar, CEO of Empower, the largest district cooling service provider in the region, revealed that the company has adopted a conservative strategy in investing in building plants based on actual rather than projected demand.

He said the company has adopted this strategy since inception so that the investments are done prudently, thus enhancing the financial status of the company and putting it on par with international companies in the domain of district cooling.
Bin Shafar added: “The decision of increasing the number of plants is based on the actual demand from customers for district cooling, driven by the actual consumption instead of anticipated consumption.”

He added: “Inspite of the 60 percent increase in the number of customers (16,000 by the end of this year), we plan to take a cautious approach. Our strategy is simple, we build permanent, semi permanent and temporary plants to ensure that our supplies meet the demand in the most feasible way possible in the short and long run.”
Empower increases its plants to meet the increased demand for district cooling systems as the main alternative to the traditional air conditioning systems in Dubai. This technology leads to energy saving and environment conservation, as well as lowering operations and maintenance costs.

The increase in the consumption of district cooling provided by EMPOWER has reached 45 percent, while the number of plants belonging to the company increased by 37 percent in 2010. The actual consumption for district cooling has increased remarkably due to the growth in the number of residential units that has entered into this service in projects served by the company like in Business Bay and the entire residential units of Mirdif.

Empower's cooling plants has increased to 29, including news ones in places like DIFC, Dubai healthcare City, Jumeirah Beach Residence and Business Bay.
Empower's district cooling systems provide effective and efficient means of air conditioning. Water is cooled in central plants and distributed through a network of piping systems to individual customer buildings. District cooling achieves economies of scale by using centralised plants instead of individual cooling units in each building.
Posted by Imre Solt at 1:04 PM