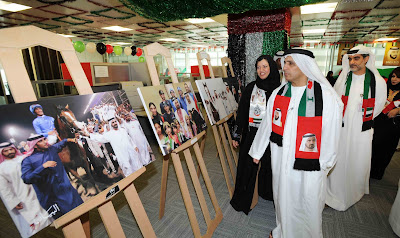 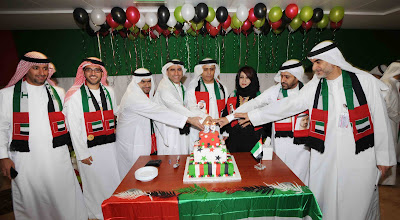 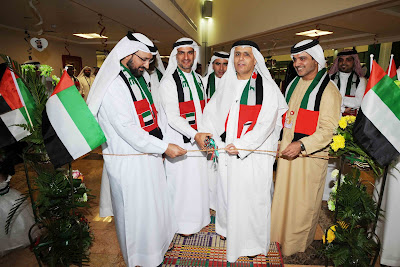 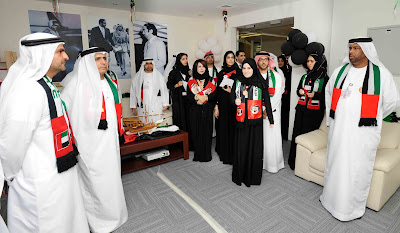 The Head Office of the Roads & Transport Authority (RTA), as well as other affiliated offices, public transport means and associated facilities across Dubai Emirate have all been dressed up in an elegant fashion with fabulous portraits of HH Sheikh Khalifa bin Zayed Al Nahyan President of the UAE, and HH Sheikh Mohammed bin Rashid Al Maktoum, Vice-President and Prime Minister of the UAE and Ruler of Dubai, besides other manifestations exhibiting the joyful and cheerful festive atmosphere in celebration of the 39th National Day of the UAE.

Commenting on the event, RTA Director of Marketing & Corporate Communication Peyman Younes Parham, said: “Every year RTA shows its keen attention on turning out itself in a magnificent outfit in celebration of this happy occasion close to the hearts of all citizens, residents and visitors hailing from different sister and friendly countries.

“This year, RTA’s celebrations of the National Day are characterized by a colourful array of events manifested in portraits and posters displaying the theme of this year’s celebrations (Kullunna Khalifa). Festivities are also visible on the new and old Head Offices of the RTA, as well as Public Transport and Dubai Taxi Building, metro stations, bus stations and marine transit means stations.
“Decorations have also included the external glazed façade of RTA Main Customer Service Center at RTA’s old Head Office, and the external glazed front of Deira Licensing Center as well as internal decorations of Deira, Umm Al Ramool, Al Barsha and Al Awir Centers.

“RTA Marketing & Corporate Communication Dep’t has also inserted the National Day celebration theme in all e-mail messages, as E-Mail Banner, and also posted the same on RTA’s official website. The Dep’t has also campaigned these celebrations in the electronic social networks (Facebook and Twitter) through inserting video clips and images depicting the activities held across the RTA together with the associated events,” said Peyman.

He added: “RTA’s festivities also included decorating 5 traditional abras operated at the Global Village, and holding traditional and folklore shows at RTA Head Office presenting popular and traditional songs and events.
“RTA has also made a pouch for keeping Nol Cards carrying an image of HH the President and the theme of the 39th UAE National Day celebrations. It also designed a logo for this day and distributed it among the buyers of Nol cards as well as clientele of Customer Service Centers and Licensing Centers” said the Director of RTA Marketing & Corporate Communication in final remark.