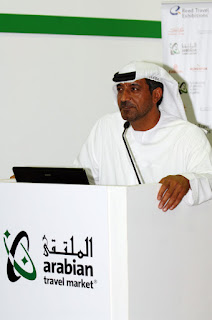 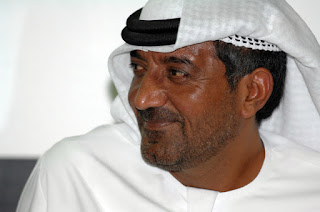 Travel and tourism industry chiefs reflect on regional growth over last two decades at premier travel trade show
Addressing the inaugural session of the seminar programme at Arabian Travel Market 2013, which opened on Monday 6 May at the Dubai World Trade Centre, Emirates chairman and president of Dubai Civil Aviation, HH Sheikh Ahmed bin Saeed Al Maktoum emphasised how travel and tourism had become the bedrock of the Dubai economy over the past years since the event was inaugurated in May 1994.

“Arabian Travel Market has played a significant role in the development of Dubai, underscoring its position as a highly attractive centre for exhibitions and events,” he said. “Dubai has achieved so much at a pace that many other cities can only dream of … Dubai’s Strategic Plan builds on those achievements and highlights a number of areas, such as the economy, infrastructure and the environment.”

Mark Walsh, portfolio director for ATM, which is celebrating its 20th anniversary this year, said the growth of the event had mirrored that of the emirate, jumping from just 300 exhibitors in 1994 to more than 3,000 this year – during a period when Emirates’ passenger traffic rose from 1.9million to 40 million last year.

Speakers at the session, which included senior representatives from Emirates, dnata, the Jumeirah Group, the Dubai Department of Tourism & Commerce (DTCM) and Dubai World Trade Centre, and Sharjah Investment & Development Authority, concurred on the contribution of partnership as a recipe for success, with airline, hotels, government and private sector all working together to support growth.

Gerald Lawless, president and group ceo of Jumeirah, emphasised that the creation of Emirates had a key role in opening up Dubai for both leisure and business tourism: “So much of the success (of Dubai) is associated with Emirates, since air lift is vital,” he said.

With a new tourism vision announced last week, the visitor target for 2020 has been announced as 20 million and new DTCM director-general HE Helal Saeed Almarri said this total would be significantly enhanced should Dubai win its bid to host the World Expo 2020 – a decision on which is due to be announced in November.

“In the past eight years, we have doubled the number of tourists and become the seventh most visited city globally … growth rates ahead are expected to be the same as those achieved in the past years and these may rise,” he said.

With all indicators flashing green for growth, panelists listed some of Dubai’s recent achievements, including a number one position for international passenger traffic achieved by Dubai International Airport in the first quarter 2013; a growth of 54 per cent in Russian visitors and 28 per cent from China in 2012; an additional 30 aircraft and 15 new destinations for Emirates in the past year with a target of 180 by 2020, and, double digit growth in visitor numbers to Dubai to reach 10 million for the first time last year.
Emphasising the dynamics of future growth, HH Sheikh Ahmed said for Dubai it would be more of the same: “As long as we build the infrastructure in Dubai, we will not constrain growth and this is our key advantage.

“Our job is to complement others (in the region), not only in the UAE but in neighbouring countries too – what is a plus to us is a plus to them and we can sell each other and all benefit by working together.”

For Arabian Travel Market, Walsh said that the show would continue to reflect the dynamic growth of Dubai and Emirates: “While quantity (in terms of visitor numbers) is important, quality is what it is all about and it was heartening to see that business formerly done at ITB every March is now being done in Dubai in May at this event.

“We will continue to be a one-stop shop to cater to all travel and tourism needs,” he added.
The four-day Arabian Travel Market 2013 concludes on Thursday 9 May.

About Reed Exhibitions
Reed Exhibitions is the world’s leading events organizer, with over 500 events in 39 countries. In 2011 Reed brought together six million active event participants from around the world, generating billions of dollars in business. Today Reed events are held throughout the Americas, Europe, the Middle East, Asia Pacific and Africa and organized by 33 fully staffed offices. Reed Exhibitions serves 44 industry sectors with trade and consumer events and is part of the Reed Elsevier Group plc, a world-leading publisher and information provider and a FTSE 100 company. www.reedexpo.com