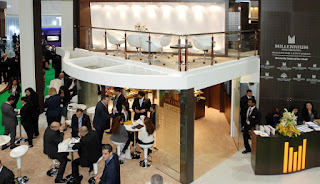 
9th May 2013 – Dubai, UAE: Millennium & Copthorne MEA launched its summer 2013 campaign today (9th May) at the Arabian Travel Market 2013 in Dubai.
The “Stamp Your Way This Summer”, which starts on 15th May 2013 and runs for three months until 15th September 2013 offering packages starting from US$69 per night, for either single or double occupancy.

This is the third summer promotional campaign that Millennium & Copthorne have undertaken, focusing on the GCC leisure market. The campaign was launched to capitalise on the increasing number of GCC residents that travel around the region to meet family and friends, attend cultural events and summer festivals.

“The offer is very straightforward and uncomplicated, which is what we know GCC leisure travellers prefer. Rates are subject to availability including all local taxes and service charges and applies for to both single or double occupancy,” said Moine Kandil, Vice President Operations.

The offer is available in all of the Millennium & Copthorne hotels throughout the GCC region including Dubai, Abu Dhabi, Doha, Amman, Kurdistan, Muscat and Kuwait City and comes at a time when inbound and inter GCC travel is experiencing strong growth.
In Kuwait for example according to Alpen’s October 2012 GCC Hospitality Industry Report, by 2015 the Gulf state hopes to welcome one million tourist arrivals per annum.

In Qatar, tourist arrivals are expected to rise at a compound annual growth rate (CAGR) of 1.9% between now and 2022, and the government’s US$65 billion commitment to infrastructure development has proved to be a major incentive for long term investment by leading hospitality providers.

Tourist arrivals into Oman are expected to grow at a CAGR of 5.7%, between 2012 and 2022 and the Ministry of Tourism aims to increase the GDP contribution of tourism from 2% in 2011 to around 3.5% in 2015. Occupancy rates are also expected to increase from 53% in 2011 to 58.6% by 2016,
Tourist arrivals in the UAE are forecast to grow at a CAGR of 5.3% between 2012 and 2022.
“The GCC leisure market is one of our fastest growing guest segments. The summer period is traditionally a time when corporate travel declines and leisure increases especially family travel. This offer is designed to increase our share of that market, and our package has already been exceptionally well received at this year’s Arabian Travel Market,” added Kandil.

Guests can book their stay by visiting www.millenniumsummeroffer.com
or any of the participating hotels.

ABOUT MILLENNIUM & COPTHORNE HOTELS AND RESORTS

Millennium & Copthorne Hotels is a dynamic, global hotel company, which owns, asset manages and/or operates over 120 hotels worldwide. With almost 40,000 rooms worldwide, we are present on all continents with a portfolio of brands which serve different market segments, representing quality and value in every class.
From a single property in Abu Dhabi, we have expanded into various neighbouring destinations and are now recognized as one of the fastest growing regional hotel management company in the Middle East & Africa. Along the way, we have cultivated partnerships with reputable owners. Millennium & Copthorne currently operates 15 hotels, has 6 hotels due to open during 2013 and seeks 50 operating properties within the next three years for the MEA region.
Today, our depth of resources and reputation for proven growth clearly differentiate our regional operations, while our experience further elevates our proven commitment to become successful. With the motto “You are the centre of our world”, Millennium & Copthorne is committed to a customer-centric philosophy while ensuring returns for investors and owners.