Dubai Metro Transports 33.3 Million Commuters in the First Quarter of 2013 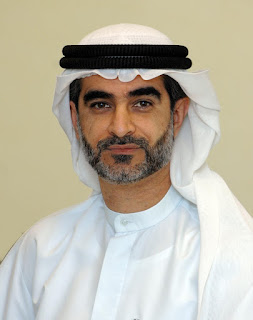 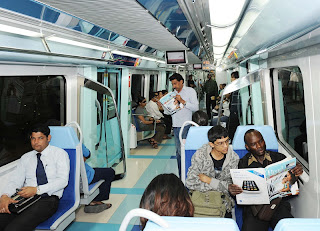 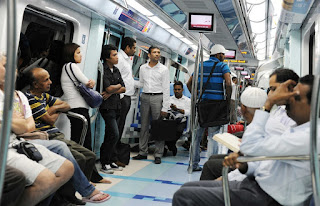 Dubai Metro Transports 33.3 Million Commuters in the First Quarter of 2013

Witnessing an increase in the number of commuters


During the first quarter of 2013, Dubai Metro managed to achieve a significant increase in the number of its commuters compared to the same period last year; as the number of commuters of both Red and Green lines increased to around 33 million and 341 thousand and 95 since January throughout March 2013, this indicates the significance of the Metro to the whole society as the best used means of transportation.


Adnan Al Hammadi, Chief Executive Officer of the Rail Agency, RTA, Dubai, stated that this year witnessed an obvious growth in the number of the Metro’s commuters compared to the same period of last year, adding that “this is what we seek to achieve through our annual schemes by setting a diversified package of initiatives and activities that contribute in attracting all segments of society to use the Metro as the premier means of transportation as it’s featured to be secure, safe and luxurious at the same time.

“The 52-kilometer Red Line includes 29 stations, four of them are underground and 25 are elevated, meet the requirements of all individuals in their transportation in the main areas at the Emirate of Dubai,” he added.

He also revealed that the Red Line transported in the first quarter 21 million and 803 thousand and 705 commuters.

Deira City Centre Station ranked on top in attracting around 1,643,115 commuters from January to March, followed by Burj Khalifa/Dubai Mall station with 1,573,337 commuters, in the third rank came the Mall of the Emirates station with 1,437,421 commuters, and in fourth came Al Ittihad station with 1,392,419.

While regarding Dubai Metro’s Green Line, the CEO of the Rail Agency explained that the 22-kilometer Green Line that includes 18 stations 6 out of which are underground, transported 11,537,390 commuters in the first quarter of this year.

According to Al Hammadi, Al Fahidi station came first in the number of people transported which reached 1,372,303 commuters, followed by Baniyas Square Station with 1,345,248 commuters, Al Ghubaiba Station came third with 1,116,000 commuters and finally the Oud Maitha Station with 903,106 commuters.