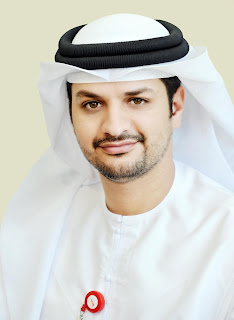 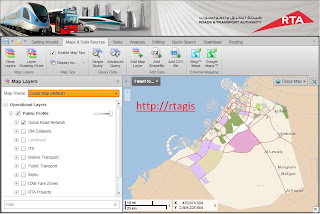 
The Information Technology Department at the Corporate Technical Support Services Sector of the Roads and Transport Authority (RTA) organized an introductory workshop on the upgraded electronic portal of the Geographical Information System (GIS) that was recently launched by the Authority. The workshop was attended by many employees from different sectors, agencies and departments in order to be introduced to the features and functions of the new portal.

Director of the Information Technology at the Corporate Technical Support Services Sector Abdullah Al Bastaki, stated that the upgraded e-portal of the GIS is considered one of the outcomes of the Enterprise GIS Platform project, which aims at providing advanced tools in reviewing and analyzing data and in importing and exporting data mainly that the most advanced global pioneering technologies and software in the field of GIS have been used in developing the e-Portal at the Authority based on the elevated GIS Web Services and Asri Software.


“The upgraded portal permits the users to look through the different geographical data available at the RTA in addition to the air and updated satellite footage and allows us to conduct advanced search, inquiry and analysis of the geographical landmarks and to print maps, issue reports and edit data using the data editing over the web browser without using any specialized software,” Al Bastaki added.

He also pointed out that “this portal is featured for enabling users to import and export geographical information, providing measurement tools with dynamic units, importing coordinates and displaying them in the browser. Also, the portal provides highly developed tools in saving changes made by the users and opening them later on or sharing them with another user.”

Email ThisBlogThis!Share to TwitterShare to FacebookShare to Pinterest
Labels: e-Portal of GIS, Roads and Transport Authority