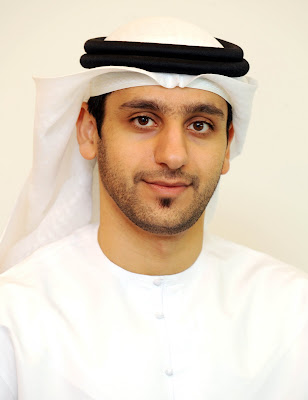 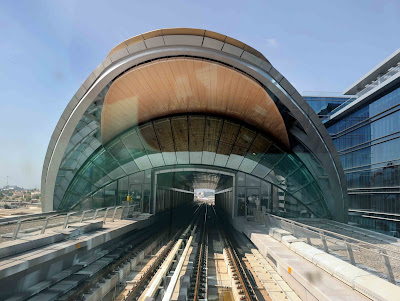 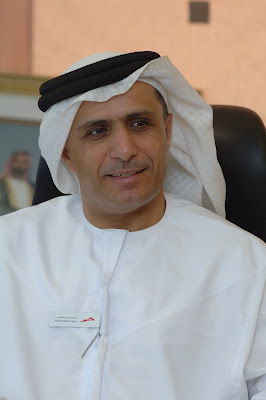 The Roads & Transport Authority (RTA) is all set to open tomorrow, Friday, seven new metro stations; namely: Emirates, Airport Terminal 1, Al Karama, Emirates Towers, Dubai Internet City, Dubai Marina, and Ibn Battuta stations. The new stations will receive passengers as of 02 pm tomorrow up to midnight, and reopen for passenger service from Saturday to Thursday from 06 am up to 11 pm.

As of tomorrow, Friday, RTA Unified Automated Fare Collection Dep’t will offer Nol Blue Cards instead of Nol Silver Cards at the same cost and for a limited period; as the RTA had already sold about 2 million Nol Silver Cards since last August.
H.E. Mattar Al Tayer, Chairman of the Board and Executive Director of the RTA stressed that the new stations were ready to receive passengers. 20 trains will be operated during peak time and 15 trains during off-peak time and the service will be run on a 6 minutes heady (frequency) during peak time and 8 minutes headway during off-peak time.

“The Contractor has put the final touches to the new stations, including the finishing works on the floors, fitting & commissioning of escalators and lifts, internal lighting and fittings required for special needs passengers such as tactile floor guiding optically impaired commuters to their intended destinations in addition to the audio-visual PA systems. Due attention has also been given to the finishing works of walls and aesthetic elements of all stations. The interior design of stations has been inspired by their historical implications and themed after the four elements of nature: Water, Air, Fire and Earth. Inspection was carried out to pedestrian footbridges linking the metro stations with both sides of the road. These elevated walkways are air-conditioned and offer a wide space for the movement of the public crossing between the two sides of Sheikh Zayed Road, and have been fitted with travelators and feature top quality finishing in a way that brings about a revolution in the link between pedestrians and the city, besides advancing the drive towards minimizing the reliance on private vehicles. Inspection also included arrangements made for allocating parking spaces for buses and taxis at each station as well as the required directional signage and others.

Al Tayer added: “Serco Co, which is attending to Dubai Metro operation, has also finalized all trial technical testing of the metro operations, including testing the communication system, auto operation systems, power feed, air-conditioning, onboard electromechanical systems, signaling & lighting system and integration & coordination with various subsystems and components. The operator has also finalized the training of front-end employees deployed at stations on various systems and they have already joined up their duties in different locations several days ago following the completion of intensive training courses in the fields of customer service, implementation of rules and regulations introduced by the RTA for safeguarding the project facilities, and enforcement of the law against offenders.
“Public Transport Agency has completed the training of bus drivers on the new Feeder Bus service for the metro stations to be opened. 28 feeder buses have been deployed to link the metro stations with the neighbourhood and the service will be run at 13-20 minutes headway” stated Al Tayer.

It is worth-mentioning that since its inception on 090909 till the end of last March, Dubai Metro has lifted about 13.68 million passengers and the number of daily ridership is about 80 thousand passengers. The number is geared to rise in excess of 100 thousand passengers with the opening of the new metro stations. The number of the metro users is estimated to hit 35 million passengers in 2010 and is likely to receive a further boost in August 2011 with the operation of the Green Line; which serves vital areas with intense commercial and public activities as well as high population density.

RTA Unified Automated Fare Collection Card Dep’t announced that as of today, Friday, it will offer to the public Nol Blue Cards instead of Nol Silver Cards at the same cost and for a limited period as the stock of Nol Silver Cards has run out in an exceptional manner beyond the wildest expectations with the RTA succeeding in selling two million cards since August 2009.
Mohammed Al Mudharreb, Director of RTA Unified Automated Fare Collection Card Dep’t, said: “The current lacking of Nol Silver Cards is attributed to the delay in shipment due to flight cancellations triggered by Iceland volcanic ashes, thus disrupting the shipment of the cargo from Europe where the card suppliers are located.

“In order to ensure the good conduct of this service in a way that ensures safe, smooth and enjoyable transit to all public transport commuters in Dubai Emirate, RTA decided to sell Nol Blue Cards at the same cost of Nol Silver Cards (20 dirham); however the difference between the alternative Nol Blue Card and the standard Nol Blue Card is the lack of the name and photo of the card holder, besides that it is written at the back of the card: “This Card is treated as Nol Silver Card”. Customers can retain this card which will be valid for five years and there will be no need to replace it unless the customer wishes to do so” he said.
Al Mudhareeb continued: “In the meantime, RTA is keen to offer advanced and excellent services to public transport commuters in Dubai Emirate hailing from different backgrounds at world-class standards as part of its ceaseless efforts to attract more community members to use mass transit modes in the emirate.

Wide Reception for the Stations Opening

Al Marri expected that about 30% of visitors of events held Dubai World Trade Center, whose number is in excess of 1.2 million visitors p.a., would use Dubai Metro as it would ease the transit between from and to the event venues whether at Dubai International Convention Center or Dubai Airport Expo Center. It would also link them with several hotels, shopping malls and Dubai downtown areas; which attract visitors and tourists for tours or shopping purposes, he noted.
Al Marri hailed the vital role played by the RTA in constructing roads and bridges, and providing Dubai with the latest transit modes and facilities fitted to serve citizens, residents and visitors, and facilitating mobility across the city on various modes such the state-of-the-art electricity-powered Dubai Metro.
“Our existing cooperation with the RTA supports our efforts and contribute to realizing our overall objective of making Dubai a leading global destination in the filed of exhibitions, conventions and key events; which corresponds to the futuristic vision of HH Sheikh Mohammed bin Rashid Al Maktoum, Vice-President and Prime Minister of the UAE and Ruler of Dubai, for Dubai.

Ali Al Soori, Senior Vice President - Chairman's Office, Facilities/Projects Management at Emirates Group, welcomed the opening of Emirates Station, which provides a direct link with the Head Office of the Group through a bridge leading to the main lounge of the second floor of the building.
“Our employees have been waiting for long for the opening of this station; which will assist their mobility from their homes to the Head office of Emirates Group. The Metro will also be vital mode for those employees whose work requires shuttling between the Head Office and Dubai International Airport or other places across Dubai” he said.
Al Soori added: “Based on a previous survey, we expect our employees will uptake the metro in great numbers; which will reflect positively on the environment through cutting the number of vehicles they use”.

Malek Al Malek, Managing Director, Dubai Internet City and Dubai Outsource Zone, said: “Dubai Internet City feel honoured that one of the Dubai Metro stations is to be named after Dubai Internet City. Dubai Internet City is a landmark destination in the UAE and the first among the TECOM Investments free zones. DIC is home to over 25,000 professionals who commute daily from across Dubai and other emirates in the UAE.
He added: “Dubai Internet City Station is located between the Sharaf DG and Nakeel Metro Stations. It will have a minimum of 5 retail outlets in addition to more facilities and services that are available in other metro stations. Feeder bus services named (F32A) will operate from the station to the DIC Community and other destinations in the neighborhood including Marina MS Seaside Mina Al Siyahi Hotel, Arenco Building, HSBC Building, DMC Building 14, Infotech DIC, Ten Sports Channel, Palladium DMC, TECOM MS Seaside, Schlumberger DIC, University of Wollongong Dubai (UOWD DIC), University of Exeter, DKV Conference Center, DKV Block3 and Dubai Properties.