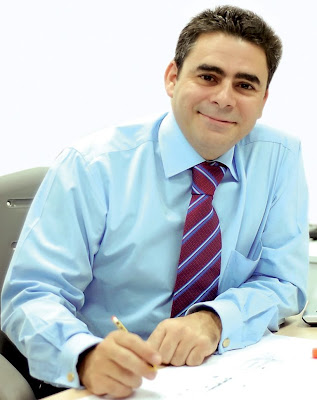 April 29, 2010
MAPEI, global leader in the production of adhesives, sealants and chemical products for buildings, has announced that it has recently set a new benchmark in the Middle East with its pioneering contribution to work on the Burj Khalifa, particularly the Armani Hotel, regarded as one of the most stylish and luxurious hotels in the world. MAPEI revealed that it has developed a customised combination of products to ensure optimum quality in the finishes of Armani Hotel, which is located within the Burj Khalifa, the world's tallest building that was recently unveiled in Dubai.

Laith Haboubi, Business Development Director, IBS-MAPEI, said: "The Armani Hotel was easily the most challenging part of our scope of supply to the Burj Khalifa because MAPEI was making sure not only to supply quality materials , but to ensure that the style and aesthetic requirements of the contractors were achieved. Obviously, because of the highly demanding and delicate nature of the project, some of the work that was done had not been tried in the region before, which is why the project required a lot of specialised expertise. However, we were able to call on our considerable previous overseas experience, in particular of our Technical Assistance head office in Italy."

A lot of MAPEI’s products were specifically selected for the Armani Hotel in different areas, such as using one of Mapei’s high performance cementitious adhesives product for interior floor and wall coverings KERAFLEX, which is applied as an adhesive for all types of ceramic tiles and natural stone material providing a non-vertical slip property with extended open time, allowing a more forgiving application time. While for grouting to complete the full products range, Mapei supplied KERACOLOR FF, which is a high performance cementitious grout for joints up to 6 mm. while for wet areas were waterproofed using, MAPELASTIC, a two component flexible cementitious based system. In order to provide a perfectly smooth substrate with low moisture content below the pre-engineered wooden flooring, Mapei provided ULTRAPLAN and ULTRAPLAN MAXI a range of ultrafast hardening self-levelling cementitious smoothing compounds which can be applied at different thickness [up to 30 mm]

Haboubi added, “Performance and speed are two of Mapei's key attributes in some specialist products, we provided a low moisture content screed below sensitive flooring such as carpets and wood, MAPEI supplied MAPECEM PRONTO, which is a pre-blended screed, ready for subsequent moisture sensitive flooring application within 24 hrs. While an array of MAPEI tile & natural stones adhesives such as GRANIRAPID, KERAFLEX MAXI and KERAPOXY were used to complete the distinctive finishing in various areas on the Armani Hotel and Nightclub. For the hotel's wooden flooring installation, which is one of the highest quality pre-engineered wooden flooring ever installed in the Middle East, MAPEI used ULTRABOND P990 1K, a specially formulated single-component polyurethane adhesive with very low VOC emissions and which complies to stringent GEV Emicode standards as class EC1R and it also contribute to obtain LEED IEQ credit 4.1 (low emitting materials-adhesives and sealants)”.

"It is an important component of our business strategy to be part of prestigious, groundbreaking projects such as the Burj Khalifa and Armani Hotel. Our expertise and technology are perfect for such massive projects, but it is actually the prestige and the opportunity to demonstrate our leadership in this specialist category that are important to us," said Haboubi.

"Our scope of supply to Burj Khalifa and the Armani Hotel required us to meet stringent quality standards and keep up with a very tight project timetables. MAPEI products excel and perform consistently under such high-pressure situations, which is why our system has been a popular choice by both developers and installers of high-profile and prestigious development projects," added Haboubi.

MAPEI has also been involved in some of the most challenging construction projects in the region, including Al Yas Island developments, Atlantis Hotel on Palm Jumeirah, Abu Dhabi’s Emirates Palace Hotel, Burj Al Arab and Dubai International Airport’s Terminal 1, 2 and 3 just to name a few...

Founded in Milan in 1937, Mapei is today the world leader in the production of adhesives and complementary products for the installation of all types of floor and wall coverings. The company is also specialized in other chemical products for building: from water-proofing to special mortars, from admixtures for concrete to products for the restoration of ancient buildings.

Mapei Group’s production may be summarized as follows: previewed sales in 2009 are 1.7 billion euros and the total number of Mapei Group employees is 6100.

The Group now counts 63 subsidiaries with 56 production facilities in operation in the 5 continents in 25 countries.

Mapei’s UAE subsidiary is Innovative Building Solutions LLC (IBS-Mapei). As part of its long-term commitment to the Middle East, the company commenced production in February 2009, at its 40,000 square metre facility at Dubai Investments Park.
Posted by Imre Solt at 8:26 PM