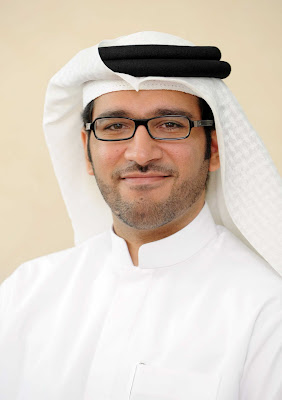 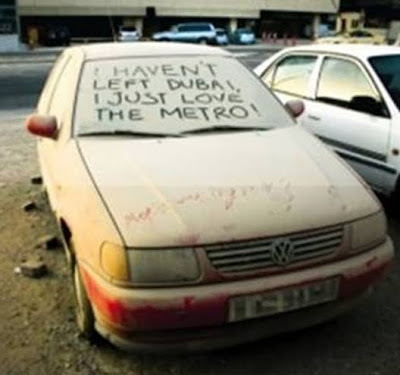 Dubai – Roads & Transport Authority:
The Dubai Metro has won the Best Outdoor Advertising Award (Best use of Ambient Advertising: Small Scale) under the Outdoor Grand Prix Campaign of Dubai Lynx Middle East during the 3rd Dubai International Advertising Festival which was held from 14 to 16 March 2010 in Dubai, UAE.

“RTA is delighted with landing this coveted prize; which denotes another success of the RTA in the field of advertising & media judged by this prestigious Grand Prix Award; which tantamount to an Excellence Golden Class Award and the highest awarded by the Dubai Lynx in this category, ahead of the silver category award, followed by the bronze one.

RTA has teamed up with Saatchi & Saatchi Dubai in an advertising campaign with the aim of encouraging the use of mass transportation in the Emirate, with special emphasis on Dubai Metro. The award-winning ad displayed 4 images of abandoned cars covered by dust whose owners no longer needed to use them as they opted to use the metro in their travel across the Emirate.

This campaign goes beyond the customary & conventional advertising conceptual methods seen in newspapers, television or outdoor ad signage. It is a newly created method based on writing different expressions on dusty cars with the aim of promoting Dubai Metro rides, using vehicles owned by individuals with whom the RTA has made prior coordination in order to realize the intended advertising purposes.
It is worth-noting that since the start of its trial run in the last quarter of last, the Dubai Metro has so far clinched 7 awards; namely: Dubai Lynx Middle East Best Outdoor Advertising Award, Middle East Architect Awards Infrastructure Project of the Year 2009 Award, Cityscape Transport & Tourism Sector Award 2009, Gulf-Middle East Best Infrastructure Award 2009, and The Gulf Engineering Union's Driverless Train Excellence & Innovation Award 2009 (Kuwait).

The Dubai International Advertising Festival, which is based at the Dubai Media City, hosts TV/Cinema creative excellence experts in the Middle East and North Africa region along with media & advertising companies, in an annual event for distribution of awards to innovators spanning more than 9 categories including Outdoor, TV/Cinema, Print, Radio, and Craft among others.
Posted by Imre Solt at 6:50 PM