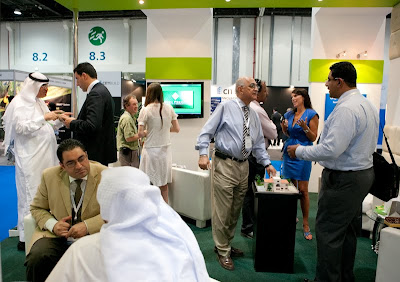 Dubai, United Arab Emirates: A total of 1,296 projects valued at more than $418 billion are currently being built in the United Arab Emirates, with an additional 303 projects worth $143 billion already in the design, planning and or bidding stage, according to the latest market analysis published by UAE-based research company Proleads Global today.

Proleads Global compiled the study, on behalf of CityBuild Abu Dhabi, a new trade show for the region’s building and construction industry which opened today (18 April 2010).
The inaugural construction showcase aims to provide a comprehensive overview of the current civil building market within the UAE.

“The construction boom has slowed down in the UAE as it has elsewhere but there is still 1,600 projects worth over $560 billion either in execution or about to start construction in a more sustainable approach to development,” said Graham Wood, Group Director of CityBuild Abu Dhabi organiser IIR Middle East.

The total state of the UAE civil construction market covers a total of 2,552 projects with a combined total budget value of almost $930 billion. Out of that total it finds 842 projects with a total value in excess of $350 billion on hold as a result of the economic slowdown and a further 111 projects valued at more than $14 billion have been cancelled.

For the most part, the Proleads investigation considered projects with a budget value greater than US$10 million and divided the market into five sectors; commercial; retail; hospitality; residential; and healthcare and education sectors.

In a sector breakdown, the Proleads investigation shows the total commercial sector consists of 462 projects valued at US$253 billion. Although a large proportion of projects are in execution, both in terms of budget and number, many have been placed on-hold or even cancelled since the fourth quarter of 2008. New project construction starts have also slowed, while those completing are increasing, the report says.

The residential sector consists of 682 projects valued at US$306 billion with 62% projects active. Proleads says the rate at which projects are being cancelled in this sector has increased over 2009 although the largest proportion of projects are still in execution both in terms of budget value and project number.

The education and healthcare sector consists of 680 projects valued at US$58 billion with 64% of projects active. Within this sector, 20% of the budget value is in the pre-execution stages. Across all sectors cash flow has seen some decline during 2009 but is set to recover slightly during 2010.

“The Proleads report will provide invaluable intelligence for companies attending CityBuild Abu Dhabi to help them address the challenge of developing strategies for surviving the construction downturn as well as improving competitiveness,” added Wood.


About CityBuild Abu Dhabi
CityBuild Abu Dhabi is organised by IIR Middle East, the largest trade and consumer event business in the region with a portfolio of more than 40 large scale events across a variety of industries. IIR Middle East is part of Informa plc (www.informa.com) the largest publicly owned organiser of conferences and courses in the world with more than 10,000 events annually.

About Proleads
Based in the United Arab Emirates, Proleads focuses on construction markets across 19 countries in the Middle East, North Africa and Asia. The Proleads online database contains over 8,000 active projects containing details of scope of work, ownership, budgets, schedules, companies involved, contact details along with the latest update of projects. Proleads estimates the accuracy of its data at 90%. For more details, please visit www.projectsandleads.com
Posted by Imre Solt at 2:48 PM