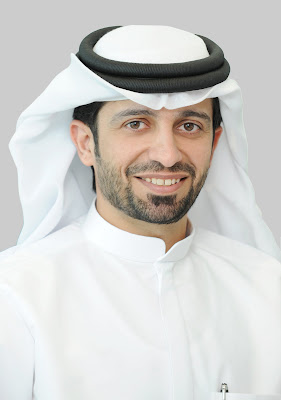 The Public Transport Agency at Roads & Transport Authority (RTA) has so far completed construction of 760 air-conditioned bus shelters at 656 locations in Dubai, hitting a completion rate as high as 97%, with an operation rate reaching 81%, meanwhile work is up and running in completing the remaining shelters whose total number is 971 shelters, according to Abdulla Yousef Al Ali, Director of Bus Dep’t at RTA Public Transport Agency.

“This project is one of the strategic initiatives undertaken by the RTA to provide comfortable services to the users of public buses, particularly during the soaring temperature in the summer season as these shelters have been fitted with air-conditioners to provide a comfortable environment for waiting bus passengers” he said.

“The main objective of launching this service is to entice the public to use public buses through providing innovative & cutting edge solutions offering passengers a comfortable environment while waiting for buses. The project plays a pivotal role in broadening, improving and integrating public transport sector spanning public buses, metro and marine transit modes” continued Al Ali.

“The Public Transport agency is always keen on widening and upgrading its work mechanism through offering a package of creative solutions designed to offer best-in-class services to the public including citizens, residents, visitors and tourists. It seeks to encourage them to use public transportation network; which would undoubtedly contribute to smooth traffic flow, beat traffic congestion, and minimize traffic road accidents” added Al Ali.

While stressing that RTA would continue offering classy services, Al Ali called on the users of air-conditioned bus shelters in Dubai to use these shelters in a proper way, maintain their cleanliness and refrain from tampering or vandalism acts inflicting losses on them. He specifically called on them not to leave the door open so as not to undermine the functioning of the air-conditioning system, and reminded them that those shelters, which ranked among the best services offered by the RTA to the public, had been provided in the first respect for the benefit of all community segments.

It is note-worthy that RTA air-conditioned bus shelters project is the first of its kind worldwide, and through this excellent project RTA scooped GCC Engineering Union's Excellence & Innovation Award during the 12th GCC Gathering hosted by Qatar at the end of 2008.
Posted by Imre Solt at 6:10 PM