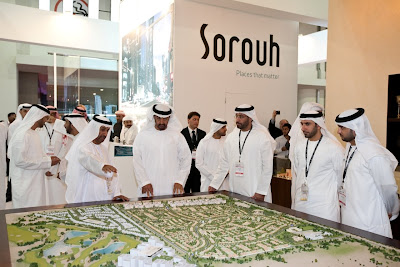 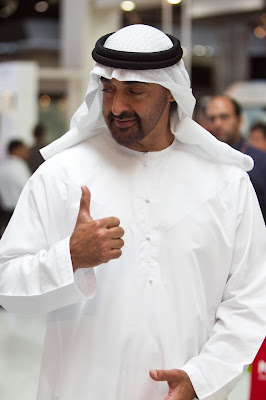 Cityscape Abu Dhabi which closed on Wednesday 21 April 2010 has been declared a continuing success in spite of gloomy predictions ahead of the region's largest gathering of real estate and investment professionals so far this year and the volcanic ash disruption, according to the organisers and participants.

“A fundamental reason for the success of Cityscape Abu Dhabi has been the 2030 infrastructure plan for the capital of the United Arab Emirates which is aimed at delivering world-class residential and business areas to attract global industries and financial institutions,” said Rohan Marwaha, Managing Director Chief Executive Officer of Cityscape.

“Continued development, combined with careful planning and timely execution of projects are key to the increased international status of Abu Dhabi on show this year at Cityscape,” he added.

“There were gloomy predictions from some quarters ahead of the show about its prospects because of market conditions but, as we have continually emphasised, Cityscape today is about long-term business-to-business, joint ventures, partnerships and the like rather than the speculative investment schemes of the past. This year's event, for example, was the platform for a series of important long-term announcements relating to Abu Dhabi's growth plans and the show received a high level of support from the government.”

Cityscape Abu Dhabi was held at the Abu Dhabi National Exhibition Centre from 18 to 21 April 2010 under the patronage of HH Sheikh Mohammed bin Zayed al Nahyan, Crown Prince of Abu Dhabi and Deputy Supreme Commander of the UAE Armed Forces.

There were 255 exhibitors from 36 countries with more than 800 CEOs and thousands of investors in attendance, despite the flight disruption caused by the volcanic ash cloud which forced a number from Europe and the Americas to miss the show. In addition, there were more than 70 networking forums and a major conference with over 160 speakers from more than 25 countries. Cityscape Abu Dhabi included an exhibition, conference, investor round tables and related events bringing together regional and international investors, developers, government and investment authorities, architects, designers, consultants and senior professionals involved in the design and construction of real estate.

A scale model of Abu Dhabi’s urban landscape as envisioned in its Capital 2030 plan was the main attraction at Cityscape, unveiled by the Abu Dhabi Urban Planning Council (UPC), the agency responsible for the future of the emirate’s urban environment. Al Ahbabi, General Manager, Abu Dhabi Urban Planning Council, said: “Our participation at Cityscape Abu Dhabi 2010 was designed to provide citizens with a comprehensive...perspective of all major planning and sustainability initiatives which illustrate the variety of the urban development initiatives undertaken by the UPC.”

The Department of Municipal Affairs in Abu Dhabi, along with Abu Dhabi Municipality, Al Ain Municipality and Western Region Municipality showcased 30 projects at Cityscape Abu Dhabi . The government bodies displayed their plans for infrastructure and landscape development and gave an overview of the highly-anticipated Abu Dhabi Green Building Codes due to be implemented this year.

“We are working harder, smarter and more effectively to deliver a better quality of life and to achieve a sustainable living environment in the emirate of Abu Dhabi, and Cityscape is a great opportunity to develop a sense of interest in the sustainability projects taking place in the city,” said Department of Municipal Affairs Chairman Rashed Mubarak Al Hajeri.

Sorouh Real Estate, the Abu Dhabi-based developer also signed a landmark agreement with the Urban Planning Council at Cityscape to develop Watani, a masterplan community for UAE nationals at a total cost of AED5.4 billion and part of Abu Dhabi's 2030 plan. Sorouh will also be developing Shamkha, an even larger community for UAE families. Both will contribute nearly 9,000 homes for Emiratis over the next five years, making substantial inroads into the demand of approximately 60,000 homes required for national families.

In addition, a AED730 million contract was signed by the Department of Municipal Affairs with Abu Dhabi developer Aldar to provide the infrastructure for a development of around 1,045 villas, a school and other facilties in Al Ain near Jebel Hafeet.

The importance of Cityscape was also underlined by Dewan Architects and Engineers, one of the region's leading consulting firms. Chairman Mohamed Al Assam, said: "At Dewan we firmly believe in the importance of the Cityscape events...We have a lot of confidence in the region's property market, particularly that of the UAE capital where we have a number of projects underway."

Falconcity of Wonders, mega-project with the Dubailand master plan, took part with a 300-square metre stand. Chairman Salem Al Moosa said being present at Cityscape Abu Dhabi was their way of showing confidence in the entire UAE property sector. “Falconcity is not only promoting itself but the entire country as well. The UAE is undoubtedly the regional destination for tourism and investments,” he added.

Another participant from the neighbouring emirate was Dubai Silicon Oasis which showcased its AED1.55 billion Cedre Villas project. “Every year Cityscape Abu Dhabi brings together thousands of visitors, investors, developers and industry leaders. We are delighted to be part of this key industry event,” said Muammar Al Katheeri, Senior Vice President of Engineering Management.

Al Ain Wildlife Park and Resort, a multi-faceted leisure and learning destination, was showcased at Cityscape. Construction of the 900 hectare park is already underway and will be completed in three phases. The park will include wildlife safaris, a world desert zoo and botanical gardens, resort hotel and residential areas. A conservation and breeding centre will be part of the park.

Cityscape was not just about new developments. UT Technology, a subsidiary of Etisalat, showcased smart home applications. Their Smart Home technology is deployed as standard across the Al Reem Island project, described as the first “smart community” in the UAE.

Harrods Estates, the luxury real estate division of the famous Harrods brand of London, were among overseas participants and exhibiting for the first time in the Middle East at Cityscape. Shirley Humphrey, Sales and Marketing Director of Harrods Estates, said: “We are participating at Cityscape Abu Dhabi as we have recently seen a surge of inquiries from the region.”

Also, out of respect for Arabic cultural tradition and Islamic values and by special request, Cityscape Abu Dhabi introduced a special ladies' only session from 3 pm to 8 pm on the final day.