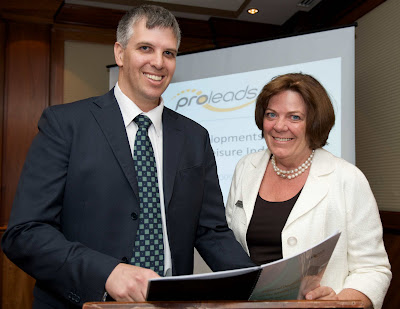 Region’s most extensive and up-to-date study of hospitality projects identifies 306 hotels with108,600 rooms currently under construction in GCC countries

Under current plans, Arabian Gulf countries are currently constructing 306 new hotels, with 108,600 rooms worth in excess of $140 billion, according to a new study revealed today (24 May 2009) at The Hotel Show the region’s leading hospitality services trade show in Dubai.

As the tourism and leisure sector feels the pinch of the global economic downturn, the study raises the question – will supply exceed demand as new hotel properties come on stream?

The study by the Proleads research house is the most extensive and up-to-date examination yet of hotel and leisure projects across the six countries of the Gulf Co-operation Council (GCC). The study – Status of Developments in the Middle East Leisure Industry – was presented by Emil Rademeyer, Director of Proleads, at The Seven Star Conference which is part of The Hotel Show.

The report finds that hotel occupancy levels have remained relatively stable throughout the GCC since 2003 but it illustrates that the economic slowdown has impacted negatively on the region. However whilst acknowledging that 2009 will be a challenging year, it reveals that occupancy levels will pick up to 2008 levels by the end of 2010 and then accelerate with real growth by 2013.

“Given projected increases in demand from 2013 onwards, more hotels will be required if relatively high occupancy levels are to be maintained. Currently there are 306 hotel projects under construction budgeted at $140 billion. With an average completion period of two to three years 108,600 rooms should come online by 2011, said Rademeyer.

“However to satisfy the growing demand, the region will have to start constructing more hotels in 2010 to ensure they are ready in time to meet the growing demand. Therefore all things being equal, the study indicates that construction of hospitality projects will continue unabated.”

Proleads’ research also addressed the critical cash flow issues. “The economic slowdown has resulted in much more cash flowing out of the hotel construction sector than into it,” said Rademeyer. “This year, active cash flow is estimated to drop to below $20 billion. However the industry is then projected to restore its ability to replace cash flow by late 2010 with more flowing into the industry than out of it by 2011.”

Welcoming the study, Maggie Moore, Exhibition Director of The Hotel Show, said: “While the regional hotel industry has undoubtedly been affected by the current global downturn, the good news is that the Middle East continues to invest heavily in the steady expansion of its hospitality industry. There are few regions in the world that can match this potential.”

As a result, major industry players have been quick to capitalise on these impending prospects for growth.

“For example, Marriott, which manages the Ritz Carlton and Renaissance brands, plans to open 130 hotels in the next four years. Half will be in China, India and the United Arab Emirates. Accor, Europe's largest hotelier, also plans to more than triple the number of its hotels in the Middle East as well as Best Western with plans to add 25 hotels to it’s regional portfolio within the next few years,” added Moore.

Based in Dubai, United Arab Emirates, Proleads focuses on construction markets across 20 countries in the Middle East, North Africa and Asia. The Proleads online database contains over 8,000 active projects with a total value of more than $6 trillion.

The Hotel Show is at the Dubai World Trade Centre 24-26 May 2009 and hosts the latest products, services and technologies from all aspects of the hospitality and leisure sectors with exhibitors from 48 countries.

There are four major product and services sectors within The Hotel Show - Interiors and Design; Operating Equipment and Supplies; Security and Technology; and The Resort Experience. The Hotel Show 2009 also sees the launch of the first Middle East Spa Summit, addressing issues and trends in spa treatments as well as design, environmental impact. The Seven Star Conference will also focus on design trends, sustainability, future technologies and marketing for profitability.