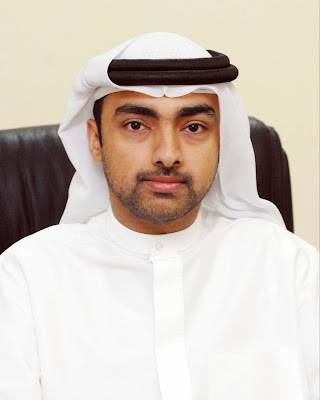 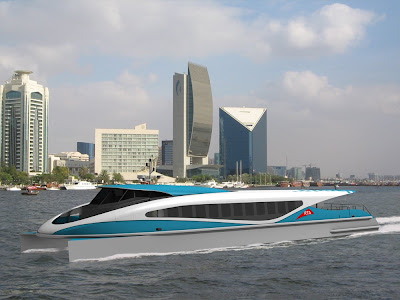 Dubai (United Arab Emirates): The Marine Agency at Roads & Transport Authority (RTA) has completed 40% of Ferry Dubai boats manufacturing process under Phase I of the Project which comprises manufacturing of 10 boats; each with a capacity to accommodate 100 passengers.

“Completion rate has topped 82% in manufacturing the hulls of the 10 boats and this rate is compatible with the approved timetable of the Project” said Khalid Al Zahid, Director of Marine Projects at RTA Marine Agency.

“Manufacturing process is progressing according to the approved schedule of the Project which envisages the deployment of these boats on Dubai Creek as an additional mass transit mode built on the best global practices applicable in water transport. Water transport started to play an increasingly important role in the composition of Dubai public transport as it provides a link with urban developments with waterfronts at Dubai Creek, Nakheel Palm islands (Deira, Jumeirah and Jebel Ali), Lagoons and Canals.

“Manufacturing of Ferry Dubai is progressing at the facilities of the Dutch manufacturer Damen in China in conformity with the approved schedule, with a slight progress reported ahead of the plan, under the supervision of the international classification authority (BV).

“The Project ranks high in the portfolio of marine mass transit projects undertaken by Marine Agency and is the third project under the Strategic Plan of Marine Transport. These boats will provide shuttle service between four purpose-built stations; Gold Souk Station, Ghubaiba Station, City Center Station, and Union Square Station.

“The overall cost of Ferry Dubai Project – Phase I - exceeds 500 million dirham covering the cost of boats, infrastructure, and operational systems. With the planned operation at the end of 2010 God willing, the project is set to ease the traffic jam in the emirate of Dubai and enhance the integration of marine transport modes with other mass transit modes; making a further addition to the vision of RTA to provide Safe & Smooth Transport for All” said Al Zahid.

He elaborated on the technical specifications of Ferry Dubai saying: “The boat has a dual base aluminum hull, and measures 32.0 m in length, 7.6 m in width and 8.37 m in height. It has a maximum speed of 24 knots per hour, and has 84 seats in the Economy Class and 14 seats in the Business Class in addition to 2 seats for special needs. Each ferry has twin turbines (Caterpillar C 18 ACERT) of 1400 hp each. Each boat has one kiosk for selling gift items & snacks plus 3 toilets (for men, women and special needs)”.

Commenting on the significance of the Project Al Zahid said: “Ferry Dubai is the gateway to marine mass transit industry as the emirate of Dubai is embracing for massive maritime projects which require the services of various types of marine mass transit modes. This promoted RTA to prepare and plan for the deployment of different size marine transport modes to fit with the needs of each location, prospective number of users and population density. Planning also extends to cover journey schedules and headways so as to pave the way for integrating Ferry Dubai with other mass transit modes such as metro and buses.
Posted by Imre Solt at 2:02 PM