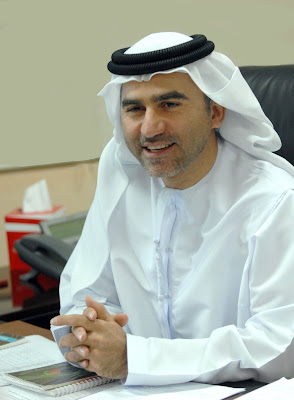 Dubai (UAE): The Roads and Transport Authority (RTA) in Dubai have successfully tendered 92% of the retail outlets and ATM sites in Dubai Metro’s Red and Green Line stations. RTA has received bids which are higher by three times than the minimum bidding rates which sit in the tenders, that assure the investors trust on the city’s economy and investment chances.

“The success of the tender exercise for the retail station outlets of the Dubai Metro already shows the success of the project. It reflects the public’s confidence in the metro and the positive impact that it will create in their daily lives,” said by Abdul Mohsen Ibrahim, CEO of RTA Strategy and Corporate Governance.

He added that the tender process for the station outlets started at the last quarter of 2008 with over 500 tender purchasers for locations in the retail station outlets. There were six core trades that were tendered to the public namely, general retail and services, food and beverage takeaway, food and beverage with seating, convenience store, property showroom and bank and ATM sites.

“RTA welcomes the successful bidders to come on board the Dubai Metro project. We look forward to a partnership with them in strengthening their brands and growing with them as we make our mark in history as the first urban rail system in this region,” said by Abdul Mohsen.

The successful companies will operate the retail shops across the 29 stations of the Red Line and 18 stations of the Green Line providing service and convenience to the passengers using the metro daily.
As the first batch of retail operators has been announced, RTA is currently working on the final phase of leasing with the limited units available for tender on the coming days. To be mentioned that the documents will be available on counter No. 12 from RTA Customer Services Building, Next to RTA headquarter Um Rumool, Dubai.
Posted by Imre Solt at 2:30 PM