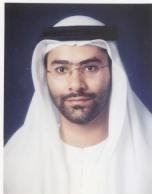 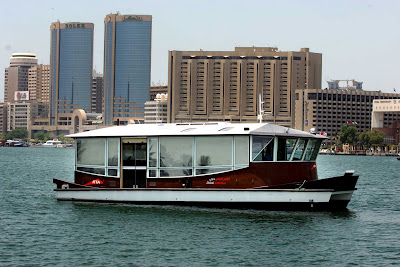 Dubai (United Arab Emirates): The Water Bus ferried over 191, 000 passengers in 42,720 trips during the period from the first of January 2009 till the end of February of the same year, revealed Marine Agency at Roads & Transport Authority (RTA).

“These statistics covers passengers served during the first four months of 2009. Water Bus tickets are offered either in cash or through a prepaid card including a 10% discount. The Agency has recently introduced the e-fare collection system to the Water Bus at a cost of 11 million dirham, and allocated gates for special needs” said Hussain Ali Al Saffar, Director of Operation and Maintenance Dep’t at RTA Marine Agency.

“RTA Board of Directors, chaired by the Chairman of the Board & Executive Director H.E. Mattar Al Tayer, recently set the new fare for the Water Bus as 4 dirham per round trip (back and forth) during a single day. The Board also endorsed the launch of the new Line B4 (Creek Park – Seef – Bur Dubai).

“The Water Bus project is one of the key projects undertaken by Marine Agency with the aim of upgrading safe marine transit modes integrated with other transit modes such as rail, taxi and buses. As such it adds to the portfolio of public transport modes and contributes to minimizing traffic congestion in the city of Dubai in particular and the neighbouring emirates in general.

“The Agency is focusing on upgrading all marine transit systems through three main points, namely: the first is conducting detailed studies & applied practices necessary for designing, applying, managing, operating and maintaining marine transit systems. This includes establishing lines, services, station locations, maintenance workshops & technological systems, boat types, system management & operation, and supervision of maintenance processes. The second one is licensing of marine transport lines & all types of boats and drivers. The third point is drafting legislations as regards the business of the Agency and submitting them to the Board of Directors, covering aspects such as passenger fares and fees of utilizing all facilities & related installations.
Posted by Imre Solt at 5:21 PM