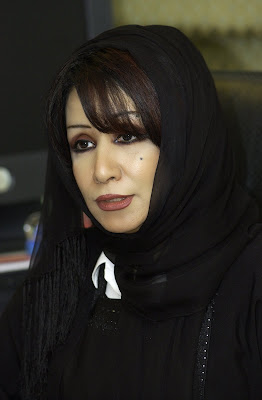 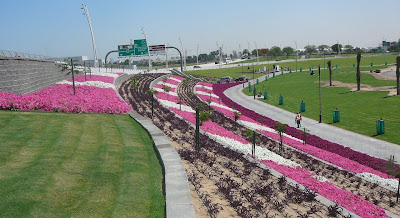 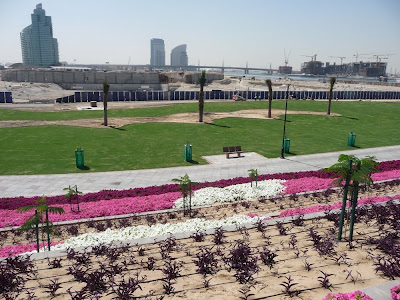 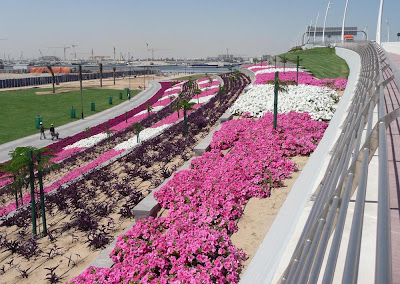 Dubai (United Arab Emirates): Roads & Transport Authority (RTA) announced that landscaping of Al Garhoud Bridge and Arabian Ranches Interchange is progressing steadily, with completion rate as high as 90% in Al Garhoud Bridge and 60% in Arabian Ranches Interchange up to now. Landscaping works are up and running in eight different locations in the emirate of Dubai covering landscaping of roadsides, medians and some spots within the right of way. The overall objective of the projects is to expand greenery, and add aesthetic elements to the right of way so as to improve the general appearance and fascination of Dubai roads.
Maitha bint Adai, CEO of RTA Traffic & Roads Agency, said: “The total area of landscaping project of Al Garhoud Bridge is about 14 hectares and so far 90% of project works have been completed. The Project included planting of diverse flora to beautify the bridge sides as well as the area underneath the bridge using seasonal flowers, decoration trees for bridge sides, and palm trees & lawns to cover wide areas around walkways below the bridge.
“The objective is to make the bridge and surroundings an attractive element for road users such as motorists and pedestrians. Another decorative element is added to the supporting walls of the bridge through engineering drawings depicting sand dunes fitted with mobile lighting system to create an impression of sea waves, adding much allure to the appearance of the bridge especially for pedestrians passing through purpose-built pathways to access the patios made for them. Motorists can enter these areas through a new entry point to the left side of the bridge for those coming from Deira / Festival City, or by using the existing access route to the right side of the bridge for those coming from Bur Dubai through Jaddaf.
“The significance of Al Garhoud Bridge Landscaping Project stems from the fact that it is an iconic structure in the emirate of Dubai that has to be showcased in a highly distinctive manner. The bridge, which extends about 1.7 km, comprises 14 lanes; 7 lanes to serve the traffic from Bur Dubai to Deira and 7 lanes to accommodate the traffic from Deira to Bur Dubai. It rises 15 meters above the central part of Dubai Creek; enabling free navigation of boats, thus adding to the vision of RTA to provide Safe & Smooth Transport for All.
“As part of the drive to expand the greenery in Dubai, RTA is proceeding with landscaping projects in a number of interchanges in the emirate including Arabian Ranches Interchange where completion rate has reached 60% covering a total area of 30 hectares. Beautification aspects cover planting diverse types of flora and fitting decorative lighting below the palm trees to give prominence to the project. Arabian Ranches Interchange is one of the biggest flyovers constructed by RTA comprising one underpass and 11 bridges extending 2.5 km to link Emirates Road with Umm Suqeim Road and Al Qudrah Road” added Maitha.
Implementation of these projects underscores RTA attention to add a touch of beauty and attraction to Dubai roads illustrated in adopting innovative & non-repetitive methods in landscaping of roads, and upgrading of the technical standards & metrics to keep pace with the requirements of growth & modernity. Such exercise is all about enhancing the technical & aesthetic image of Dubai roads, and meeting the environmental requirements of the urban development process witnessed by the emirate.
Photos:
- Maitha bint Adai
- Landscaping of Al Garhoud Bridge
Posted by Imre Solt at 12:09 PM