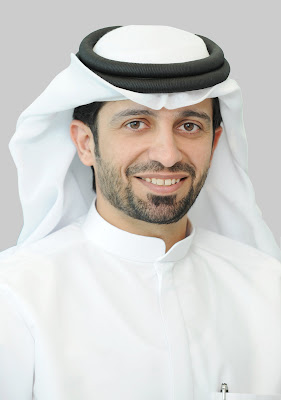 
Dubai – United Arab Emirates: Public Transport Agency at Roads & Transport Authority (RTA) launched yesterday (June 1st) a new bus route (C28) covering several areas in the emirate of Dubai. The step came after extensive field surveys carried out by the Agency to identify the requirements of certain areas and meet the rising demand for public transport service triggered by the mounting population growth of the emirate.
“The Agency is broadening and upgrading its services to meet the urban growth and demographic expansion of the UAE in general and Dubai in particular; given its significance as a regional business & economic hub and a point of attraction for investors & businessmen from all over the world” said Abdullah Yousef Al Ali, Director of Bus Dep’t at RTA Public Transport Agency.
“The new route (C28) starts from Gold Souq Bus Station and passes through Bani Yas Rd to Deira Taxi Station and through Al Muraqqabat Rd to Abu Hail, then Al Wuhaideh and Al Mamzar; where it terminates at Al Mamzar Beach Park. 4 standard buses are deployed on this route during the normal working days and the number will be 3 buses during Fridays and holidays, with an interval between trips (headway) of 30 minutes.
A number of other changes have been introduced to other routes including C26 route the path of which has been diverted as of the same date to pass through Dubai International Airport Terminal 2 instead of Terminal 1. 12 buses will be deployed on this route during the normal days and 10 buses during Fridays and holidays.
“Public Transport Agency has also diverted the path of Bus Route 13A to go directly to Amman Road without stop over at Damascus & Doha Roads. 20 buses will be deployed on this route during the normal days and 18 buses during Fridays and holidays.
“Effective June 1st, Bus Route C15 will terminate at Hamirya Port instead of Al Mamzar Beach Park and there will be 14 buses to serve this route during the normal days, Fridays and holidays.
“Other changes introduced by the Agency include using standard buses on Route C22 and the interval between trips changed to 15 minutes. However, this service will not be available in the morning session of Fridays and the service will resume in the afternoon period. There will be 7 buses operating on this route during the normal working days and 6 buses on Fridays and holidays.
“As of June 1st, the Agency abolished Routes 22 and 28, and public bus commuters are required to note this change” said Al Ali in a concluding remark.
Posted by Imre Solt at 1:51 PM