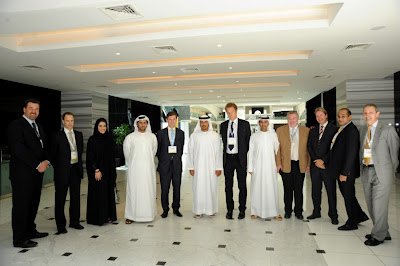 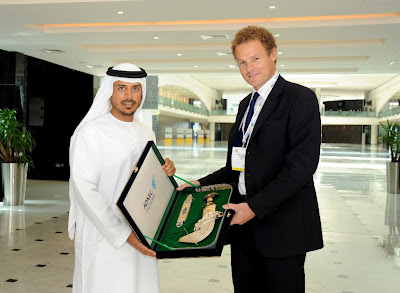 His Excellency Sheikh Sultan commended Viscount Lord Rothermere on both the heritage and the continued success and growth of the DMGT and praised the depth of relations between ADNEC and DMG World Media. The two then discussed ways of boosting ties still further in relation to new major exhibitions and events for Abu Dhabi. His Excellency also presented the Viscount with a commemorative gift as an expression of gratitude for DMGT’s ongoing commitment to ADNEC and to Abu Dhabi.

The Viscount’s delegation received a helicopter flight over some of Abu Dhabi’s major development projects, such as Saadiyat Island, and was given a VIP tour of Gastech 2009, meeting key exhibitors and delegates.

In addition, ADNEC is expanding within the region, with The Al Ain Convention Centre, a residential and business micro city around a state-of-the-art convention centre.
Posted by Imre Solt at 1:40 PM