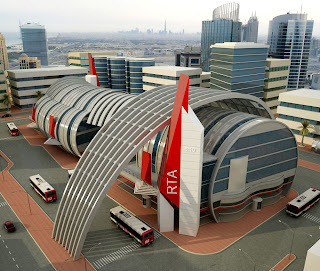 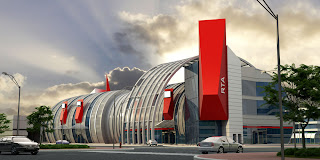 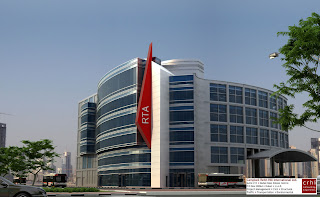 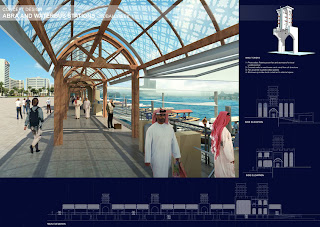 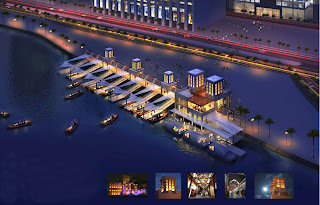 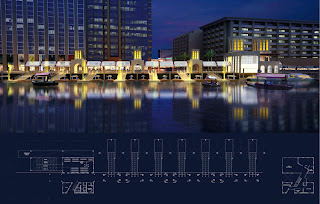 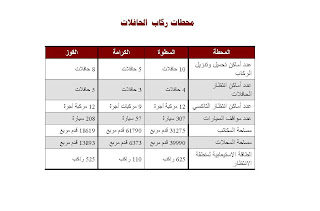 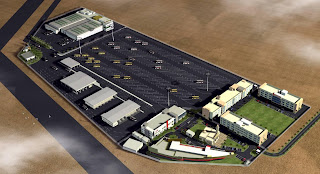 HH Sheikh Mohammed bin Rashid Al Maktoum, Vice-President and Prime Minister of the UAE and Ruler of Dubai, reviewed a number of vital projects carried out by Roads & Transport Authority (RTA) at a cost of about 1.4 billion dirham. Projects portfolio include construction & upgrading of 8 marine transport stations at Dubai Creek, public transport bus stations at Al Qouz, Satwa and Karama, in addition to Bus Depots at Al Aweer, Khuwaneej, Rawiyyah and Jebel Ali.

While reviewing the detailed project layouts, HH directed to speedup construction in accordance with the approved timetable, and to have much focus on the aesthetic appearance of the stations, such that they would be more compatible with the local environment and at the same time maintain the urban outlook of the emirate of Dubai.

“The marine transport project entails construction & upgrading of 8 stations at Dubai Creek to meet the current and projected needs of abras, water bus and the water taxi” said H.E. Mattar Al Tayer, Chairman of the Board and Executive Director of the RTA. He added: “It is envisaged that more than 26 million passengers will be commuted upon completion of these stations next year. The project, which costs about AED100 million, includes construction of two new stations at Dubai Creek i.e. Bastakiya Station near the Ruler’s Court, and Shindagha Station near the Heritage Village, in addition to upgrading 6 existing stations; namely: Dubai Old Souq Station, Seef Station, Bur Dubai Station, Bani Yas Station, Sabkha Station, and Deira Souq Station. Two initial designs have been developed; the first one is modeled after the heritage architecture, and the other has a flavour of a modern design. The heritage design was adopted to fit well with the heritage neighbourhood and uphold the cultural identity of Dubai Creek. RTA was keen to ensure that all designs are compatible with the standards of green buildings, in implementation of the directives of HH Sheikh Mohammed bin Rashid to make Dubai a green city.

“Each station includes a two-storey building spanning an area of 450 square meters. The main station comprises service outlets, waiting area, customer service area, and retail outlet, with a direct exit to the marinas of the water bus and the water taxi. In abra marinas boarding and alighting traffic is being separated to ease passenger movement and provide higher levels of safety & security. Covered corridors extending 350 meters are being provided at each station; a key requirement suggested by the existing abra users.

“Marine Transport is one of the antique mass transit modes in the emirate of Dubai. Abras used to ply Dubai Creek for almost two centuries and thereby an integral part of the legacy of the emirate and a landmark of its civilization. Dubai has a premier position in marine transport worldwide. It ranks fifth, after Bangkok, Istanbul, New York and Venice. The number of passengers ferried by marine transport modes (abras and the water bus) in 2008 was in excess of 20 million passengers. Currently Dubai is the leading city worldwide in terms of the number of passengers using marine transport compared to the number of population.

Bus Passenger Stations
H.E. Mattar Al Tayer stated that public transport bus passenger stations at Al Qouz, Satwa and Karama, which cost about 292 million dirham, will enhance the beautiful appearance of Dubai. These stations have a unique layout combining creative & effective solutions side by side with engineering designs, and instill a new concept in mass transit modes replicating the dynamics of bus movement” he said.

Al Tayer added: “The role of these stations will not be restricted to providing passenger transport services, but will go beyond that to provide comprehensive services since the stations will look like mini commercial centers comprising several commercial & services outlets, restaurants, and offices to name a few. The external yard will be designated as bus stops and passenger loading and unloading area. The stations will be linked with footbridges and subways to ease passenger movement to various destinations.

“The capacity of Satwa Bus Station is estimated as 625 passengers per hour, and passenger loading & unloading area will accommodate 10 buses at a time. Taxi ranks can accommodate up to 12 vehicles plus 4 buses, and the area designated as parking will house about 307 vehicles, whereas the investment lot (offices and shops) spans an area of 5166 square meters.

“The capacity of Al Qouz Bus Station is estimated as 525 passengers per hour, and passenger loading & unloading area will accommodate 8 buses at a time. Taxi ranks can accommodate up to 12 vehicles plus 5 buses, and the area designated as parking will house about 208 vehicles, whereas the investment lot (offices and shops) spans an area of 3030 square meters.

“Karama Bus Station will be designated for Intercity Transport. The station has a capacity to accommodate 110 passengers per hour, and passenger loading & unloading area will accommodate 5 buses at a time. Taxi ranks can accommodate up to 9 vehicles plus 3 buses, and the area designated as parking will house about 57 vehicles, whereas the investment lot (offices and shops) spans an area of 6332 square meters” stated Al Tayer.

Bus Depots
Al Tayer said: “The bus depots; which cost about one billion dirham, have been positioned in a number of locations in the emirate to ensure accessing passenger service points in a short time. Al Aweer Bus Depot, which is being built at cost of 102 million dirham, comprises a 28-bay workshop fitted with the latest technical systems & tools needed for maintenance works as well as electrical and mechanical repairs. It also includes modern testing & inspecting systems along with warehouses for spare part and offices for employees & technicians. The Workshop is designed at a 9-meter height so as to accommodate double-deck buses and equipped with several jacks to lift articulated buses. It also includes an administrative building and drivers training center.

“Construction work at Rawiyya and Khawaneej Bus Depots, costing about AED690 million, is gathering momentum. More than 30% of design works and infrastructure have been completed. This covers roads network, parking, sewage systems, maintenance workshops, and bus cleaning areas. Each project includes construction of a bus yard capable of accommodating 295 buses (144 standard buses and 151 articulated buses). It also includes a maintenance workshop for electrical & mechanical works capable of accommodating 20 buses at a time. In addition to that it includes supply line to serve 12 buses, and a washing & cleaning bay with an intake of 20 buses at a time. Phase II includes construction of an administration office for about 40 employees in addition to Drivers Quarters with a capacity to house 444 drivers. These units contain rooms, toilets, wash basins, dining halls and recreational facilities. Also comes under this Phase is the construction of investment buildings spanning an area of 3005 square meters containing food courts, shops, and a mosque with a capacity of 250 prayers.

“RTA has completed Phase I of Jebel Ali Bus Depot Station, which costs about 229 million dirham. The Project includes construction of a boundary wall for the site, construction of local roads and public utility networks such as water, electricity, sewage and irrigation. The station has a capacity to accommodate about 300 buses (standard, articulated and double-deckers). It is fitted with 24 bays capable of housing 36 buses at a time for conducting various works such as washing, cleaning and refueling. The Station has an office complex to accommodate 50 employees as well as residential quarters for 1200 bus drivers.
Posted by Imre Solt at 9:44 AM