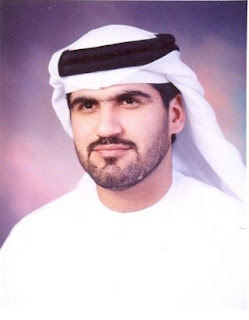 Dubai (United Arab Emirates): The Statistics released by Public transport Agency of Roads & Transport Authority (RTA) revealed that Booking & Despatch Section at Information System Dep’t of the Agency has booked more than 5.2 million vehicles following receipt of more than 7.4 million calls in 2008. In the meantime, the reports also showed that the number of vehicles booked automatically over the IVR system topped 1.2 million over the same period.

“Public Transport Agency is mobilizing all its resources to serve passengers who heavily rely on taxi service as a means of commuting withing the emirate of Dubai” said Yousef Al Madani, Director of Transport Systems Dep’t at the Agency. He further reported: “The Agency is therefore keen on providing comfortable and luxurious taxi service to passengers, thereby boosting the confidence level between the Agency and its clients who are continuously on the rise, thanks to the good reputation and sterling services rendered by the Agency to residents, visitors and tourists of the emirate of Dubai.

“The rate of responding to customer calls has shown a remarkable improvement hitting 27 seconds in the first quarter of last year, while the duration of dispatching the vehicle to customers reached an average of 14 minutes.

“RTA always seeks to provide top class services in accordance with the highest quality standards worldwide. This is envisaged in a number of measures adopted by the Agency which include the replacement of vehicles that have completed more than three years in service. These vehicles are being checked and replaced with new vehicles equipped with the latest technologies in order to boost customer satisfaction with the services rendered by the Agency” added Al Madani.
He stated that the agency recently run an upgraded version of the prevailing system used at the Booking & Despatch Center with an enhanced & sophisticated version at a cost in excess of 10 million dirham. The step reflects the attention of the RTA to adopt the latest technologies in this field to upgrade the level of service rendered to the users of taxi service in the emirate of Dubai.

The Agency has made an agreement with a leading global company in the field of GPS technology and a solid experience in Booking & Despatch Programmes to upgrade this system such that it will perform in a more effective and efficient manner.

“Taxi service is a subject of a rising demand triggered by the urban development and demographic expansion in Dubai, which is shaping into an important economic center and a point of attraction for investors and businesspersons from all over the globe. The existing taxi fleet includes more than 8,000 vehicles owned by Dubai Taxi Agency and a host of franchise companies. The fleet, which is expected to grow to 10,000 vehicles by the end of this year, will be subject to a satellite surveillance system.

“The upgrading process will boost the efficiency of the fleet and enhance the level of services, thanks to the capabilities of the system in capturing the statistical data of the incoming calls and forwarding it to the Call Center. It is also bound to step-up safety standards & driver satisfaction, and accelerates the processing of customer transactions through optimum management of the IT-enhanced booking & despatch operations. The new system will also enhance the internal communication with the Manager of the Center with regard to delivering the message to the driver, introduce the online booking feature to boost customer service, and ensure integrated Wi-Fi technology with the aim of improving the electronic and digital link-up process.

“RTA will proceed with the drive to provide top-notch solutions and innovative services to citizens, visitors and tourists hailing from various countries to Dubai. The new system is set to improve the flow of information between the relevant parties of the RTA, and slash the duration of delivering the vehicle to the customer” concluded Al Madani.
Posted by Imre Solt at 9:40 AM