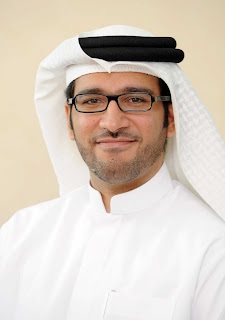 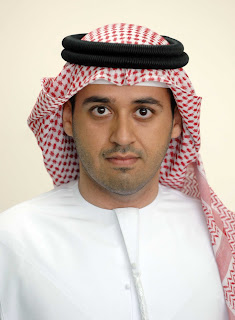 Dubai (United Arab Emirates): Roads & Transport Authority called on motorists to refrain from using mobile phones while driving and urged them instead to use hands-free or wireless sets, or park off the road to speak over the cell phone, if it was absolutely necessary. Direct use of mobile phones during driving poses great risks to motorists and other road users, and may result in life-claiming crashes as well as damage to properties and assets.

The above Call is made as part of a multifaceted “Take Care” Campaign; the first phase of which was recently launched by the RTA to be followed by several phases, all aiming to raise the awareness of the general public and road users of safety systems in general, and traffic safety rules in particular. The drive aims to cut road accidents resulting in fatalities and serious injuries by 40% by 2015. This is set to be achieved through transforming attitudes of individuals & motorists, acceptance and application of engineering initiatives designed to boost safety, and minimizing the frequency of immoderate crashes along with the associated injuries & losses, within the drive to realize RTA vision of providing safe and smooth transport for all.

The campaign, which is the first of its kind in the UAE, witnesses the launch of several safety messages under one umbrella (Take Care). Subsequent phases of the campaign will be launched to cover various safety aspects of concern to motorists and users of different transport systems.

“Using mobile phones while driving is one of the key factors responsible for traffic accidents, as it disorientates the mindset and hearing of the driver, rendering him or her inattentive to all surrounding events” said Hussain Al Banna, Director of Traffic Dep’t at RTA Traffic & Roads Agency. He added: “This fact has been scientifically and empirically proven, as concentration decreases by 2.5 to 3 times the concentration of driving without the use of mobile phone.

“Take Care Campaign seeks to develop several concepts of high human value to educate motorists on the importance of implementing basic driving principles & attitudes related to traffic safety to preserve lives and properties. This is envisaged through educating drivers on the risk of using the mobile phone during driving, the importance of applying the safety belt, observing the speed limits, and avoiding driving under fatigue, exhaustion and sleepiness. It underscores the importance of stopping at the red signal, and keeping safe distance between vehicles so as to ease & improve the control of the vehicle in the event of sudden stopping and accordingly avoid collision. The process also highlights the need to use the turning signals in case of sudden shifting between lanes.

“RTA adopts the highest standards of traffic safety in auditing the new projects during all phases starting from the design phase up to completion, using specialized business directories based on specific technical methodology. The newly constructed roads meet all the internationally accredited safety conditions and specifications. The safe usage of road network requires provision of several elements that include meeting all safety specifications and raising the traffic attitudes of road users through staging awareness programmes and training sessions. In this regard RTA is undertaking well-rehearsed and guided awareness programmes to address key traffic concerns, and is currently engaged in launching a scheme to upgrade and improve the process and methodology of training & licensing drivers” added Al Banna.

In the context of the campaign, Peyman Younes Parham, Director of Marketing & Corporate Communication Dep’t, said: “Take Care Campaign aims to heighten the awareness of various community segments and attract a broad-based support from other local institutions. It also seeks to raise the issue of safety in various media outlets such that it will be a predominant topic across the community. These objectives could be realized through involving the public sector, the private sector and community members in promoting the concept of safety and attitudes that lead to more secure and considerate attitudes of all concerned bodies, thereby creating a better perception of the need to have in place improved safety attitudes.

“Awareness messages are being delivered through various communication channels in this campaign which involve statistics, images, data, and information that address human’s reason and passion, and these messages will be announced in newspapers, tv channels, radio stations, internet, publications … etc. Organizations, businesses and individuals will be involved in getting the campaign message across i.e. promoting the culture of public safety, thus impacting the attitudes and behaviours that trigger accidents.

“During the initial phase, the campaign covered a wide spectrum of drivers and road users through newspapers, outdoor ads on bridges, tunnels, bus posters and brochures depicting the locations of RTA Customer Service Centers. RTA will soon unleash Phase II of the Campaign to promote traffic education and induce a positive impact on the attitudes of drivers. Traffic education campaigns will be continued in versatile forms to step-up the safety level and ultimately add to realizing the vision of providing Safe and Smooth Transport for All” said Peyman in a concluding remark.